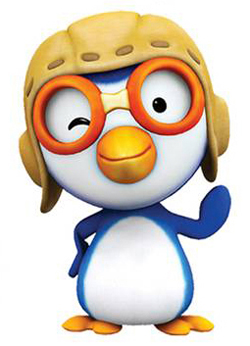 “Pororo the Little Penguin” is an animated television series that began airing in Korea in 2003. The animal characters on the show are popular among children in the nation, giving rise to many related products that range from character figures to snacks and beverages, much like the Pokemon brand in Japan.

The show has been available to global audiences through YouTube, and many foreigners watch the clips in English.

Social Network says that the game will focus on using augmented reality technology to enhance an educational experience for younger players, unlike Pokemon Go, which emphasizes the “fun” aspect for adults. The game could be released as early as the end of the year.

Some gamers are cynical over the news because Pokemon Go copycat apps have already been released on mobile app stores, such as “City Spirit Go,” which was launched in China. If Pororo Go is released as announced, there is a high chance it will be seen as less innovative, starting with the name itself.

Another tweet read, “There simply aren’t enough characters in the Pororo series, unlike hundreds of Pokemon. All they can offer us is catching penguin after penguin, perhaps in Antarctica.”

Iconix and Social Network have been cooperating for years in various Pororo-related content businesses, like Sketchpop, a coloring book mobile app that gives a 3-D visual effect to pictures, and the Pororo Smart Pad, a device based on Samsung’s Galaxy Tab 4, featuring numerous educational games and a video channel that allows an unlimited view of more than 1,000 animated episodes for kids.

Social Network was founded in 2010 by Park Soo-wang, then a 25-year-old student at Sungkyunkwan University. Since then, the company has been engaging in many businesses that use intellectual property of not only the Pororo brand but also “Larva,” another popular animated TV series developed by domestic producer Tuba Entertainment.

Although Pokemon Go has not officially launched in Korea, as of Friday, some one million Koreans have downloaded the game on their smartphones, according to WiseApp, a mobile market research company.