In the starting blocks ­

In the starting blocks ­ 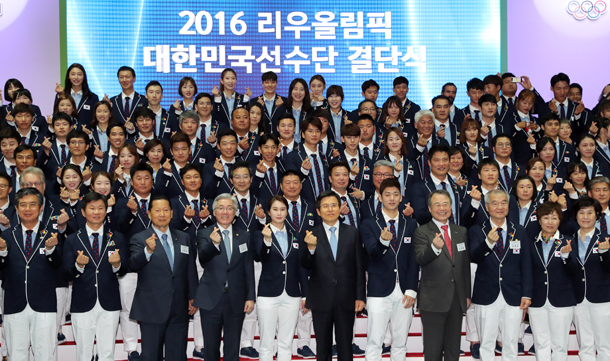 Athletes and officials of the Korean delegation headed to the Rio Olympics pose for a photo during the team launching ceremony Tuesday at Olympic Park in southern Seoul. The delegation vowed to finish in the top 10 of the medal standings by bringing home more than 10 golds. “The Olympics is only two weeks away,” said Prime Minister Hwang Kyo-ahn, sixth from the left in the front row, during the ceremony. “I am more than confident all the preparations during the past four years by Korean athletes will be paid in full.” [NEWSIS]