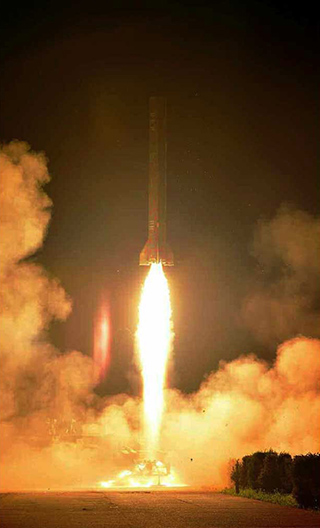 Pyongyang fired three ballistic missiles early Tuesday into the East Sea, according to the Joint Chiefs of Staff (JCS).

North Korea launched the short-range missiles, presumed to be Scud-types, between 5:45 a.m. and 6:05 a.m. from Hwangju County in North Hwanghae Province, according to the JCS. They flew between 500 to 600 kilometers (311 to 373 miles), and fell into the East Sea.

This is a range wide enough to reach all of South Korea, according to the JCS, and cover the country’s southern region where the U.S. Forces Korea plans to deploy an American anti-ballistic missile system.

Military officials are seeing the North’s latest missile launch as a protest against the deployment of the Thaad.