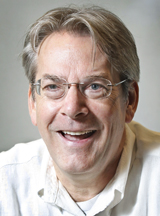 John Ikenberry, professor of politics and international affairs at Princeton University and reported to be a member of the Asia Policy Team for the Hillary Clinton campaign, discussed the latest on the U.S. election and what the next U.S. presidency may mean for Korean and regional politics.

Ikenberry, who says he started studying Korea 20 years ago when he visited for research and “just couldn’t stay away,” is a renowned scholar on international order and institutions, and also the co-director of Princeton’s Center for International Security Studies and a Global Eminence Scholar at Kyung Hee University in Seoul.

Having just completed teaching a summer course on global governance at Kyung Hee University, Ikenberry sat down on Tuesday with the Korea JoongAng Daily to discuss the controversial elections process and policy discussions of presumptive Republican nominee Donald Trump and his Democratic counterpart Hillary Clinton.

Following is an excerpt of Ikenberry’s analysis on the election, trade agreements, military alliance and more.

Q. If Hillary Clinton is elected the next president, would you say her administration will continue to forge mutual defense ties with South Korea, such as the Terminal High Altitude Area Defense system and the continued presence of the U.S. troops in the region?

A. I don’t represent any political candidate, so I would speak as someone who comes to Korea and East Asia a lot.

I think that there would be a great deal of continuity in policy, certainly in alliance and cooperation on all regional issues.

Should South Korea be concerned by protectionist policies taken up by presumptive Republican nominee Donald Trump?

I think Trump is a real outlier, and his views are not shared by mainstream American politics or the foreign policy establishment.

Most of his support has to do with domestic reactions to American immigration policy, and dissatisfaction with the elites.

There are forces that he represents that are real, but his foreign policy views are not reflecting a kind of deep American movement to change American foreign policy.

Trump and his policy aides, such as Walid Phares, have in general opposed free trade agreements, and called for a fresh start on many of them. Where does the Korea-U.S. Free Trade Agreement stand with the next administration?

Trade has become a real political issue in this election, and inside the United States there are those who do want to see trade agreements as part of the agenda.

In the long term, [if Clinton is elected president,] she would want that.

Can regional powers continue to count on American leadership in solving security issues in East Asia and expect the "Pivot to Asia" policy to continue under the next administration of the United States?

I think it really does matter whether Clinton or Trump wins.

If we think about what a President Clinton would do, I think very much that the pivot would continue.

And there would be efforts to strengthen it and there will be fresh thinking about what the next steps are.

And if Trump becomes the next president of the United States, how quickly would Asia-related policies unravel if Trump does decide to carry out his election promises?

I think some of us in the middle of the night worry about that. We wake up and say, what if the worst happened and Trump were elected?

I think it would be a crisis that would be difficult for any of us to fully understand what the sequence of policies and events would be.