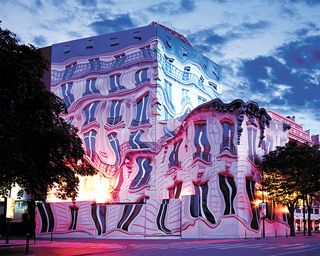 PUBLIC TO PRIVATE: PHOTOGRAPHY IN KOREAN ART SINCE 1989

To Sunday: This ongoing exhibit looks at how photography and contemporary art have interacted over the past 30 years.

The exhibition features 300 pieces by 75 artists, most of whom have become mainstays of contemporary Korean art. It begins 30 years ago, when photography was first used by Korea’s first generation of contemporary artists. It shows how those artists underwent meaningful transformations in their style, such as adopting conceptual and performance art. A special exhibit also illustrates photography in the fashion industry.

Tickets cost 4,000 won ($3.40) and also cover the other shows going on in the museum. The museum is closed on Mondays. 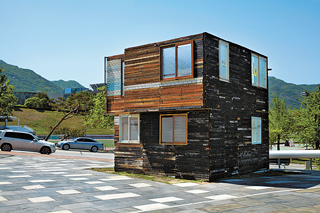 
To Sunday: Celebrating the 10th anniversary of the museum, this exhibition features artworks of diverse genres and media under the theme of “sustainability.”

“Sustainability associated with environmental and economic problems has been a hot global topic in recent years, but it has been too big of an issue for individuals to perceive,” said Chung Young-mok, the museum’s director, to reporters earlier this month. “In this exhibition, we have gathered works by artists who lead viewers to think about materials and sustainability with small, everyday things.” The exhibition features eight artists’ work. Among them, photographer Area Park presents photos that capture the aftermath of the 2011 earthquake and the following nuclear disaster in Fukushima, Japan. Conceptual artist Lee Wan presents abandoned objects that the artist arranged like East Asian scholar stones “so that they could resist being recycled.”

Also on display are Jeong Zik-seong’s paintings that depict algal blooms in polluted river water and a house built by Cho Hye-jin out of wasted materials found at redevelopment or construction sites.

To Aug. 7: This exhibition features the 10 finalists for the museum’s biennial ArtSpectrum Award, a major local art prize.

The museum announced last month it selected artist and film director Kelvin Kyung Kun Park, 39, as the winner of the 30 million won prize for this year. He presents in this exhibition his short film “Army: 600,000 Portraits,” which creates a collective portrait of young Korean men during their mandatory military service.

Among the other finalists, artist An Dong-il presents a landscape painting, which is, in fact, a composite of iconic images from stamps issued during the Park Chung Hee administration in the 1960s and ’70s. The graphic design and data visualization duo Optical Race present an installation of infographics, where viewers are invited to see how their future economic conditions will be according to several conditions. The other finalists are Kim Young-eun, Park Min-ha, Choi Hae-ri, Baek Jung-ki, Lee Ho-in, Jane Jin Kaisen and the Okin Collective, which is a team of three artists. 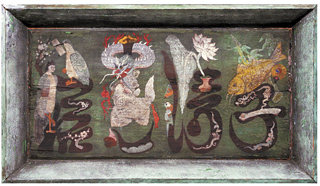 OF THE JOSEON DYNASTY:

To Aug. 28: The exhibition co-organized by the Seoul Calligraphy Art Museum and Gallery Hyundai features 58 chaekgeori and munjado paintings, two unique styles that developed in the 18th and 19th centuries.

Chaekgeori refers to still life paintings of books, stationery and other curiosities in splendid color. The exhibition also includes some chaekgado paintings, featuring books and objects arranged on shelves, which is a type of chaekgeori. The pieces are reminiscent of old European art - particularly trompe l’oeil paintings - due to their use of perspective uncommon in East Asian painting. Munjado, or letter paintings, show combinations of images and text that look decidedly modern.

For an indefinite period: The exhibition celebrates the opening of a permanent exhibition room for a group of artwork donated by Gana Art, one of the nation’s leading galleries, to the municipal museum in 2001.

The donation, called the Gana Collection, consists of 200 paintings, sculptures and prints by 48 local artists related with the Minjung art movement of the 1980s and early ’90s. The movement is represented by realist paintings with strong political or social messages against the Korean military regime of the ’80s. The inaugural exhibition features 28 works by 24 famous Minjung artists including Lim Ok-sang, Shin Hak-chul and Hwang Jae-hyung.