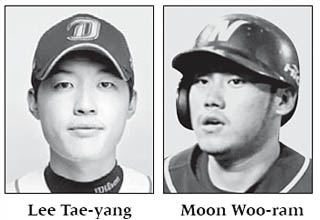 The Korea Baseball Organization (KBO) is mired in controversy after prosecutors announced that two of its players were investigated for allegedly fixing games in exchange for money.

The first baseball player to come under scrutiny was the NC Dinos’ pitcher Lee Tae-yang. Prosecutors from Changwon, South Gyeongsang, said on Wednesday that the KBO player was allegedly paid as much as 20 million won ($17,579) to rig games. Lee was indicted without physical detention on Thursday.

Lee allegedly fixed games by giving out balls or runs in certain games. The first game Lee rigged, according to the latest report by the prosecutors on Thursday, was on May 29, 2015, against the Kia Tigers. Lee was asked to give out a run. Lee gave out two runs during the first inning and allegedly received 20 million won in return. He is also accused of having tried to fix three more games afterwards, and succeeding on one occasion.

Lee, who played for the Korean national team in the past, has played in 10 games this season as a starter, tossing two wins and two losses while recording a 4.21 earned run average. He was excluded from the active roster on June 28, citing elbow pain as the reason. But once the news about Lee went viral, the Dinos admitted that Lee was taken off the roster due to an ongoing investigation.

“We will cooperate with the KBO and take whatever penalty the body imposes on us,” said the Dinos in its official statement.

After making the investigation on Lee public on Wednesday, the prosecutors also said they are investigating another KBO player under similar charges, though it kept the identity of the player hidden until Thursday. But on Thursday, the prosecutors revealed that it was outfielder Moon Woo-ram. Moon, although under contract with the Nexen Heroes, is at the moment playing for Sangmu, the baseball side of the Korea Armed Forces Athletic Corps, as part of his mandatory military service. Moon has been batting .287 for Sangmu.

Since Moon is serving his military duty, the prosecutors said they handed over the case to the military prosecution.

Lee allegedly got involved in the rigging scheme after he was introduced to the broker by Moon, who denied the allegation about his involvement.

Lee and Moon joined the Heroes in 2011 together, Lee as a second-round draft pick and Moon as a walk-on. They played alongside each other until Lee left in 2013 to join the Dinos.

“The players and the teams admitted to the fault and came forward on their own,” said prosecutors. “We will continue our investigation further in order to prevent such illegal activities.”

Rigging sports games is against the National Sports Promotion Act. According to the law, anyone involved in professional sports, including players, coaches and referees, cannot receive any financial benefit for requests made in relation to sports games.

Although the club still retains ownership over the player, he cannot participate in any team training nor can he receive salary for the duration of his punishment or sign with any other clubs in the league. The player is also banned from playing in leagues such as the United States, Japan and Taiwan.