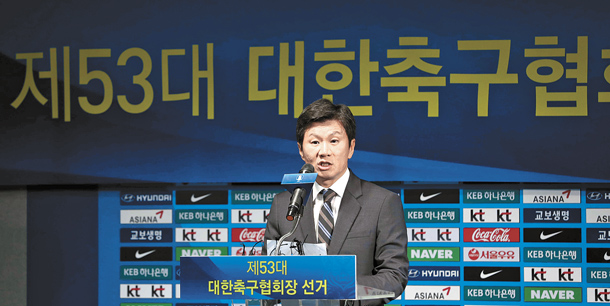 Chung Mong-gyu, CEO of Hyundai Development Company and president of the Korea Football Association, speaks after being selected unanimously to serve a second term as head of the national football body on Thursday. He will serve as president until December 2020. During his first term, Chung played a crucial role in winning Korea’s bid to host the U-20 tournament next year. [NEWSIS]