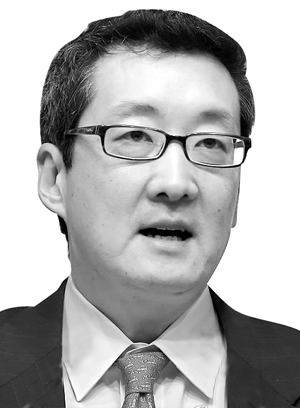 Last week was not a good one for China, strategically speaking. On Tuesday, an international tribunal at The Hague struck down China’s historic claims in the South China Sea and China’s efforts to turn numerous reefs and islets into man-made islands, designed to award China territorial water and exclusive economic zone rights. The following day, the U.S. and South Korea announced plans to place a Thaad system in Seongju to defend against North Korean ballistic missiles, despite Chinese protestations. Foreign ministry officials in Beijing probably could not wait for the weekend to come.

But what exactly does the Thaad decision mean for the Korean Peninsula and China? In the months leading up to the decision, China made clear in almost every venue its opposition to Thaad, often using language that verged on the undiplomatic. It told Koreans, unsympathetic to concerns about the burgeoning missile threat from North Korea, that cooperation on Thaad with the U.S. would put Korea in the “enemy camp.” China probably watched the protests and egging of the South Korean prime minister last week in Seongju with glee.

I heard in Seoul last week every argument for and against Thaad. Domestically, the protests are unlikely to reverse the government’s decision. In addition to representing a not-in-my-backyard-phenomenon, the protests remain local in nature, not a national campaign along the lines of the beef protests in 2008. Moreover, purported health concerns about the system’s radar appear to be unfounded. In any event, the locals are likely to be handsomely compensated by the government for any inconveniences associated with the placement of the system in the area.

There is no credence to the argument offered by some that Thaad will be a net negative for Korea. The country currently has no nationwide ability to stop an incoming North Korean short-range ballistic missile. This new defensive capability will counter the burgeoning threat. It has no offensive capability that could potentially provoke North Korea. Those who think that not deploying Thaad might somehow constitute an olive branch that would impel Kim Jong-un to stop building missiles are sadly mistaken. The public seems to understand as every poll I have seen shows a majority of Koreans unopposed to this national security decision.

The biggest negative of Thaad is how it might impact South Korea’s relations with China. Though this is not a concern for those protestors in Seongju, it is the concern of strategists. Beijing’s full-court press of anti-Thaad demarches suggests that some retaliatory measures may be in the offing.

But what can China really do? Exclusive satellite imagery on Center for Strategic and International Studies’s new website Beyond Parallel (beyondparallel.csis.org) suggests that China has been sanctioning North Korea along the Dandong-Sinuiju border since the fourth nuclear test in January. Beijing might retaliate against Thaad by discontinuing sanctions cooperation with Washington and Seoul over North Korea, but that only feeds the problem that led to Thaad. Conversely, it might seek to try to undercut the argument for Thaad by increasing sanctions pressure on the North. But this would, in the eyes of Chinese hardliners, only reward the U.S. and South Korea.

China is caught in a Catch-22 and has no one else to thank but Pyongyang.

In the end, the most likely retaliation will be passive-aggressive, not coming through any outright sanctions against Seoul but through Chinese non-tariff barriers on Korean exports and a titrated flow of Chinese tourists arriving in Korea. We should all track trade figures and tourist numbers in the last quarter of 2016 to see if this is true.

In the end, however, this would be a small price to pay. China’s attempt to dictate to Korea what it can and cannot do regarding its national security constitutes the most aggressive strategic bullying by Beijing of its Confucian brother since normalization of diplomatic relations in 1992. Had South Korea succumbed, it would have given Beijing the impression that: 1) it can use its economic leverage to influence South Korean decision-making; 2) it can dissuade Seoul from taking national security decisions that China does not like; and 3) it can drive a wedge in its alliance with the U.S. This would have led to more demands in the future, not fewer. In this regard, Thaad may be remembered as one of the most significant long-term strategic decisions of the Park government.


*The author is professor at Georgetown and creator of the new CSIS website Beyond Parallel: Increasing Understanding and Transparency of Korean Unification (BeyondParallel.CSIS.org).