Alberto Mondi asks ‘Why me?’

Alberto Mondi asks ‘Why me?’ 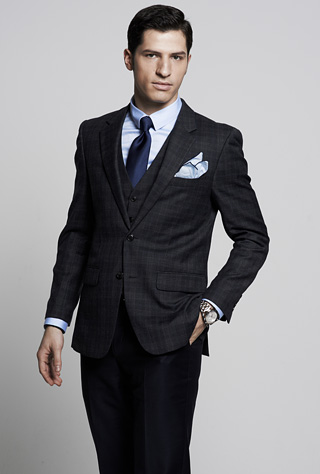 When Alberto Mondi from the JTBC reality program “Non-Summit” was asked to return for the next season, his first question was, “Why me?”

Since the program began two years ago, viewers have been highly interested in the show’s nine foreign men, each representing a different country, debating a single topic in the Korean language.

Despite the popularity, Mondi says he was surprised to find out that he was chosen for next season alongside Canadian Guillaume Patry because he was “neither the best Korean speaker nor the funniest guy in the show.”

To share his feelings and hopes for the new season, Mondi sat down recently with the Korea JoongAng Daily.

Q. It has been a month since the new season began. Have you gotten used to it?

A. Yes I think so. I guess men become closer more quickly. And since we are all foreigners, it was easier for us to become friends. Although it has only been a month, we contact each other pretty often [through a group chat on social media]. But it feels kind of strange that the old members are not present anymore, since we saw each other every week for two years.

How did you feel when you heard that you were chosen for the next season? Did you want to stay?

But I indirectly heard that the producer thought that we have lots to say. Also, I was lucky because there aren’t many Italians living in Korea.

Seven new members joined the show. Is the atmosphere any different from before?

There definitely is a difference. Since different people are on, a new kind of “Non-Summit” may appear. In fact, I think that we should make something new instead of insisting on the old style because the atmosphere inevitably changes depending on who participates.

Many of the current members are studying hard to learn Korean because they have lots of things to say, especially about their countries. It feels very good to see them studying Korean so hard.

Is there a member that you think is particularly interesting?

In terms of characters, I think Lucky [from India] is very interesting. He makes lots of funny comments. Mark [from the United States] also brings up many informative points. Since he graduated from a prestigious university and has an MBA, he knows a lot. Mark is very knowledgeable in diverse fields, including business, which many Koreans are interested in.

Also, talking with the young European members born in the ’90s is interesting because I feel that even though we are all from the EU, we have very different perspectives.

In terms of nations, I’m personally interested in Switzerland because it is a neutral and wealthy country. India is also very fascinating too. So far, there have been members representing big countries such as Brazil, Russia and China, but not from India. I believe India is a country that has a great potential for growth. I’m also interested in Pakistan because it is a pretty controversial country due to its religion.

What did you say when new members asked for advice?

I advised them not to try to give viewers a fake image of themselves because viewers know when a member tries to be something he’s not. I told them to speak out whenever they have something to say because I think [honesty] is one of the biggest contributors to our program’s success.

Are you putting any effort into showing viewers a new perspective of yourself in the new season?

I try to speak more than in the previous season, since other members need to get used to the program. I’m also continuously trying not to create a fake image of myself. That’s not easy.

Is there any agenda that you want to discuss in the new season?

I want to discuss night life, but since the age limit for our program is 15, that wouldn’t be easy (laughs). I also wish to discuss about drugs. It is a serious problem in Europe and the United States, especially among younger generation. Since people do not know much about drugs, they easily become addicted to them. Luckily, drugs are not a huge issue in Korea. But just because it is not a problem right now does not mean that it is unnecessary to talk about it. I wish to deliver the seriousness of the problem to those people in their 10s, 20s and 30s, who make up the majority of our viewers.

Do you have any life goals?

I have always wanted to do something helpful to others. So I am currently preparing something, but I can’t say what it is until it is ready. But to give you a hint, I am interested in running a business and in making social contributions. I wish to start a business through which everyone, not just the owner, can earn money.