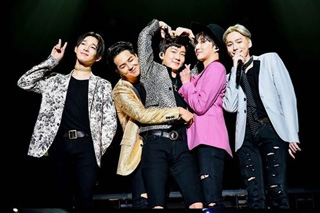 The group held shows in cities throughout the nation including Seoul, Gwangju and Busan. Live recordings of those performances will be featured on the “2016 WINNER EXIT TOUR LIVE CD.”

Buyers of the CDs will also receive a poster and photos of the singers.

The package will become available in numerous online and offline stores such as record shops and the e-shop of their label YG Entertainment.

Although Winner only debuted in 2014, the group has already obtained many fans. Member Song Min-ho has received particular attention by starring in the hip-hop audition program “Show Me the Money 4” last year.

Some of their best-known tracks include “Baby Baby,” “Sentimental” and “Empty.”