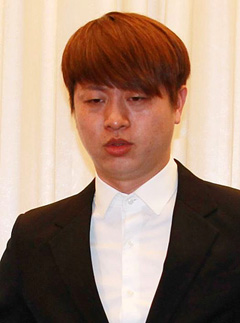 The rape case involving comedian Yoo Sang-moo, 36, has been referred to state prosecutors for further investigation on Friday, according to the Gangnam police precinct on Thursday.

The police concluded that the comedian is guilty of attempting to rape a woman in Gangnam, southern Seoul, in May, after drinking at a local bar.

Koen Stars, which represents Yoo, officially denied the allegations, and emphasized that the truth will be revealed through further investigation by the prosecutor’s office.

The alleged victim filed charges against the comedian following the incident in May but then dropped them. She re-filed the charges soon after.

When Yoo was first summoned by the police in May, he strictly denied the charge.

“Although I acknowledge that I tried to have sex with her, no force was used,” he said. “I stopped after she said that it hurt.”

The two reportedly met through social media a few days before the incident happened.