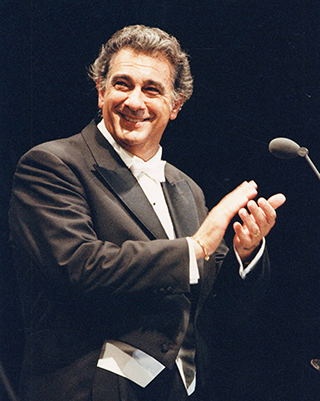 Spanish tenor Plácido Domingo will stage a performance in Korea on Oct. 2.

The upcoming concert, which will be part of an Asian tour, will be the 75-year-old’s sixth time performing in Korea since 1991.
It will take place at the Seoul Olympic Gymnasium in southern Seoul.

Domingo said this tour will be his last as a tenor, but that he plans to continue performing in operas and conducting orchestras.

Domingo is often dubbed one of world’s best tenors, alongside Luciano Pavarotti and Jose Carreras, with whom he performed as part of “The Three Tenors” for over a decade.

The Three Tenors shot to fame after their performance at the 1990 FIFA World Cup Final, which was broadcast live to an audience of 1.5 billion. Their subsequent album sold around 12 million copies, and still holds the Guinness World Record for best-selling classical album of all time. Domingo originally began as a baritone, but turned tenor after playing the lead in “La traviata” in 1961. Domingo began performing again as a baritone in 2007.