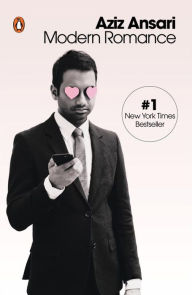 A hilarious, thoughtful and in-depth exploration of the pleasures and perils of modern romance from one of this generation’s sharpest comedic voices.

At some point, every one of us embarks on a journey to find love. We meet people, date, get into and out of relationships, all with the hope of finding someone with whom we share a deep connection. This seems standard now, but it’s wildly different from what people did even just decades ago. Single people today have more romantic options than at any point in human history. With technology, our abilities to connect with and sort through these options are staggering. So why are so many people frustrated?

But the transformation of our romantic lives can’t be explained by technology alone.

In a short period of time, the whole culture of finding love has changed dramatically. Today, people marry later than ever and spend years of their lives on a quest to find the perfect person, a soul mate.

For years, Aziz Ansari has been aiming his comic insight at modern romance, but for Modern Romance, the book, he decided he needed to take things to another level.

He teamed up with NYU sociologist Eric Klinenberg and designed a massive research project, including hundreds of interviews and focus groups conducted everywhere from Tokyo to Buenos Aires to Wichita. They analyzed behavioral data and surveys and created their own online research forum on Reddit, which drew thousands of messages. They enlisted the world’s leading social scientists, including Andrew Cherlin, Eli Finkel, Helen Fisher, Sheena Iyengar, Barry Schwartz, Sherry Turkle, and Robb Willer. The result is unlike any social science or humor book we’ve seen before. 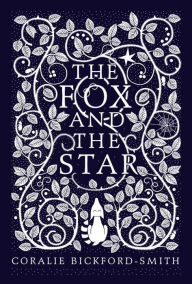 The Fox and the Star

From the award-winning designer of the iconic Penguin Hardcover Classics comes a beautifully illustrated fable about loss, friendship and courage

The Fox and the Star is the story of a friendship between a lonely Fox and the Star who guides him through the frightfully dark forest. Illuminated by Star’s rays, Fox forages for food, runs with the rabbits, and dances in the rain - until Star suddenly goes out and life changes, leaving Fox huddling for warmth in the unfamiliar dark. To find his missing Star, Fox must embark on a wondrous journey beyond the world he knows - a journey lit by courage, newfound friends, and just maybe, a star-filled new sky.

Inspired by the Arts and Crafts movement and the art of William Blake, The Fox and the Star is a heartwarming, hopeful tale which comes alive through Bickford-Smith’s beloved illustrations, guiding readers both young and grown to “look up beyond your ears.” 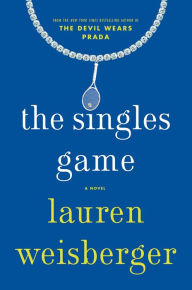 The new novel from the New York Times bestselling author of The Devil Wears Prada and Revenge Wears Prada is a dishy tell-all about a beautiful tennis prodigy who, after changing coaches, suddenly makes headlines on and off the court.

How far would you go to reach the top?

When America’s sweetheart, Charlotte “Charlie” Silver, makes a pact with the devil - the infamously brutal tennis coach Todd Feltner - she finds herself catapulted into a world of celebrity stylists, private parties, charity matches aboard mega-yachts, and secret dates with Hollywood royalty.

Under Todd’s new ruthless regime, Charlie the good girl is out. Todd wants “Warrior Princess” Charlie all the way. After all, no one ever wins big by playing nice.

Celebrity mags and gossip blogs go wild for Charlie as she jets around the globe chasing Grand Slam titles and Page Six headlines. But as the Warrior Princess’s star rises on and off the court, it comes at a cost. In a world obsessed with good looks and hot shots, is Charlie Silver willing to lose herself to win it all? Sweeping from Wimbledon to the Caribbean, from the US Open to the Mediterranean, The Singles Game is a sexy and wickedly entertaining romp through a world where the stakes are high-and no one plays by the rules.