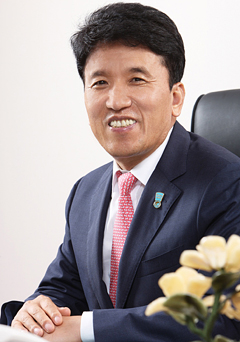 KEB Hana Bank rolled out its biggest-ever promotions, boosting some 1,000 employees’ positions based on performance, the bank said Sunday. It added that evaluations especially focused on whether the employee was able to help enhance customers’ profit.

The 1,000-person scale promotion is KEB Hana Bank’s largest since the bank was founded in July 2015 through a merger of Hana Bank and Korea Exchange Bank.

After the bank finished incorporating two separate banking systems last month, the recent advancement plan initiated by its new CEO Ham Young-joo is deemed as an attempt to encourage and acknowledge the employees’ hard work and start afresh.

The unprecedented promotion was applied to the bank’s entire rank, from bank clerks to those in managerial positions. The bank acknowledged 28 affiliated with the IT department, which contributed largely in integrating the systems, and promoted them to managerial positions.

“This year’s promotion plan was not only based on individual performance, but was more focused on if our employee could bring profit to our customers,” said a KEB-Hana spokesman.

“It is the first attempt in the finance industry where the evaluation was focused on if the employees were of help to customers in maximizing their profit.”

Among the promoted personnel, 11 of them were private bankers who were selected and promoted for showing a high profit rate among their clients.

The bank also said 75 percent of the promoted employees worked out in the field, dealing directly with customers. Those who did not fulfill the required service were also included in the promotion plan, the company said.

“Our bank will move toward a customer-oriented culture where we focus on what’s happening in the field and its results,” Ham said.

In January, KEB Hana Bank promoted six clerks for reaching an above-average performance level, the first promotions of its kind since the merger.