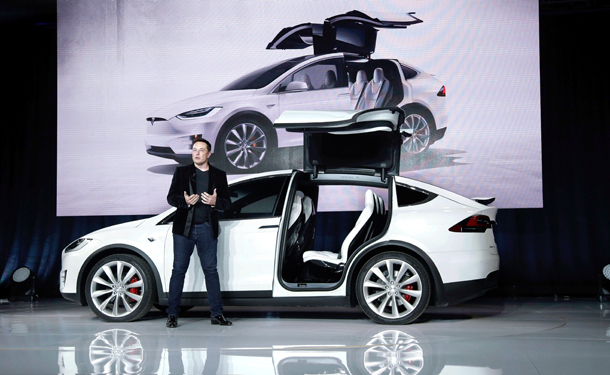 Eastman Kodak Co., which pioneered photography more than a century ago, filed for bankruptcy in 2012. The new winner in digital imaging market, the free photo-sharing app Instagram, was acquired by Facebook a few months later for about $1 billion. Kodak was a company of 145,000 employees while Instagram had just 16.

Wal-Mart is the biggest employer in the United States with 2.2 million on the payroll, followed by Amazon. About 230,000 work at warehouses of the online retail giant but the employee tally has stayed the same since a fleet of transportation machines that Amazon purchased in 2012 for $775 million were installed at the warehouses. The number of robots working at the company’s fulfillment centers jumped to 300,000 in recent years. Kiva robots sped up the work pace of work at Amazon’s warehouses and allowed 50 percent more room and inventory to stock and package. Since they can work 24 hours a day, robots were also able to save the company more than $900 million in labor costs.

The Economist likened the burgeoning digital start-up activity to the mysterious “Cambrian explosion” when life forms began to multiply about 542 million years ago. The new breed threatens the traditional brick-and-mortar dinosaurs and is rapidly evolving to reshape the business ecosystem.

The evolution is not limited to the IT sector. In the U.S., the traditional banking sector is fiercely challenged by fintech start-ups and is in danger of losing their work to them. Consumers have turned to online lenders On Deck and Lending Club for simple loans and online services like Wealthfront and Personal Capital for asset management that has robotic advisers place customized and optimized investments for cheaper rates.

The automobile sector is also undergoing a landscape change. Along with well-known electric vehicle names like Tesla of the U.S. and BYD of China, hundreds of start-ups are developing technologies to upgrade engine efficiency, self-piloting or driving systems, batteries and repair and maintenance services.

Agile and innovative venture companies are unbundling the products and services of large companies. Multinational courier FedEx is threatened by smaller “gig” rivals that offer cheaper and flexible rates through freelance staffing. It is how Uber has upended the car-hailing service. Uber now has expanded into the courier and delivery sector. Food delivery app DoorDash is now worth $600 million, and Shyp, with ultra-fast, cheap and easy service, is quickly eating into the shipping market.

The $14 billion U.S. mattress industry was shaken by new entrant Caster that offers affordable prices and delivers a model quickly for free with a 100-day trial. The patented mattress made of super-supportive memory foam and latex fit into a box roughly the size of a mini fridge and costs just a third of existing hefty models.

Samsung Group announced that it will remodel its work and office culture amid dynamic and agile start-ups. But dropping the titles and suits does not suddenly turn a company young and creative. Watching the big and traditional companies fall one by one to younger ventures would make any enterprise tremble. The slogan for a more democratic and fairer economy would hardly be a threat to the Korean chaebol institution. But they should instead fear the new breed of smart start-ups. Fast adaption and evolution is the key to survival in the new digital age.