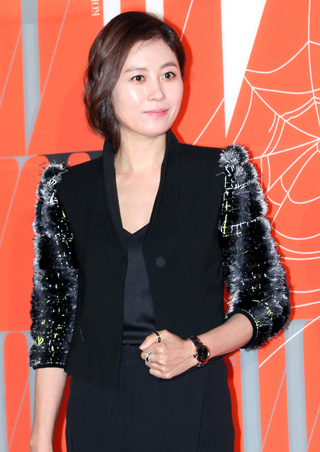 Actress Moon So-ri has been appointed as a judge for the Orizzonti section at the upcoming Venice International Film Festival.

The actress, 42, will be the first Korean actor to judge the section that is mostly devoted to new talent and more avante garde films from around the world, her agency C-JeS reported in a press release Monday.

This will be the fourth time the actress has visited the film festival.

Moon received the Marcello Mastroianni Award at the 59th Venice Film Festival held in 2002 with her debut film “Oasis” (2002). The award acknowledges emerging actresses or actors.

In that film, she played Han Gong-ju, a woman who suffers from cerebral palsy and falls in love with a man who has a criminal past.

Her portrayal of the character was so realistic that some thought the film’s director, Lee Chang-dong, had actually cast an actress with the condition.

“I have a lot of good memories at the Venice Film Festival,” said Moon in the press release. “It’s always hard to compare all the different films and give them scores but it is a pleasure for me to meet cineastes from different countries and discuss films with them.”

The 73rd Venice Film Festival is slated to open on August 31 and runs through September 10.

Moon most recently had a cameo in “The Handmaiden.”