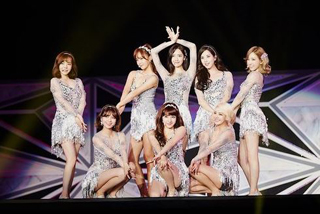 K-pop group Girls’ Generation will drop a new song next month to celebrate their ninth year in the business.

The eight members have said the song, “That Summer (0805),” is intended to thank their fans for the continuous support.

The new track will be released at midnight on Aug. 5 through SM Station, a digital music project by the group’s agency, SM Entertainment, which releases a new single every week.

The song was written by member Sooyoung.

Since their debut in 2007, Girls’ Generation have become one of the most popular groups in the business. Nearly all their singles shoot to the top of music streaming charts after their release, including hits like “Gee,” “I Got a Boy” and “Run Devil Run.”

In addition to their musical activities, some of the members have expanded their careers to acting.

Yoona, for example, has starred in numerous dramas such as “Prime Minister & I” (2013-14) and “Love Rain” (2012). Seohyun is also expected to appear in an upcoming SBS series “Moon Lovers” (working title), which is scheduled to hit the air on Aug. 29.