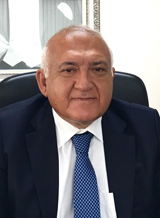 Turkish Ambassador to Seoul Arslan Hakan Okcal, speaking to reporters on Tuesday, said that the group behind the failed coup in his country on July 15 has affiliated organizations worldwide, including South Korea.

Okcal was back home for his summer holidays when an attempted coup d’etat broke out in Turkey as a rogue faction linked with the military attempted to overthrow the president, bombed the parliament building, seized airports and shot police and civilians in Istanbul and Ankara.

“I was on holiday when I was instructed to immediately return to my post,” recalled Okcal, speaking at a roundtable press briefing at the Turkish Embassy in Yongsan District, central Seoul. “I immediately got in touch with the [South Korean] foreign ministry and explained the situation and asked for support, which they had already given.”

He described the coup attempt as a “disastrous thing,” recalling that Turkey’s last military coup dates back to 1980.

“We thought the era of military coups was over,” he said, “but this happened in the 21st century right when we had so much expectation for the future.”

He continued, “This is not a coup by the army but a small group that belongs to a secret sect under the leadership of Fethullah Gulen, who has been residing in Pennsylvania for the last 17 years.”

Turkish President Recep Tayyip Erdogan has named Fethullah Gulen, a cleric who lives in self-exile in the United States, as having masterminded the failed coup against him that resulted in the deaths of over 290 people including many civilians. The envoy said the Gulen movement “presents itself as an interfaith organization working on education and charity. It has affiliated organizations in almost every country, as well as in Korea.”

He said the members of this sect infiltrated Turkey’s state organizations, including police, the judiciary and its military establishment and wait for instructions.

Okcal refrained from giving any details of the presence of this sect in Korea as it is a “sensitive matter,” but added, “We know that there are affiliated organizations in Korea. They are not so big, since the Turkish community in Korea is only around 1,000, but in the past, they managed to present themselves as semi-official institutions of Turkey, which is not true, and I’ve been trying to correct this image since arriving here.”

The ambassador and his wife were on their holiday at Bodrum, a resort city in Turkey’s Mugla Province, having dinner at a friend’s house when news of the coup broke out.

“At around 10 p.m., my wife, who is very active on social media, said something has happened,” he recalled. “We immediately switched on the television. The jets were flying very low especially in Ankara, trying to scare the people.”

It was when they understood the situation was settling down that the ambassador and his wife decided to go straight back home around 3 a.m. After continuing to monitor the situation, he said, “When I knew the coup was defeated, I went to bed.”

Turkey has announced a three-month state of emergency following the attempted coup and arrested some 13,000 people from police, military, judiciary, educational institutions and the media so far.

The Korean government the day after the coup promptly “welcomed” that the coup had been resolved, “restoring the democratic and constitutional order in the country.” On the same day, the Ministry of Foreign Affairs issued a two-week long special travel alert for Turkey which may be lifted or extended based on the situation there. Okcal said that he has spoken with foreign affairs officials and confirmed the travel alert will be lifted this week.

“Turkey is not a battle zone,” he said, adding that had the coup been successful, it could have been a precursor to many more deaths. “Scaremongers shouldn’t be getting the upper hand.”