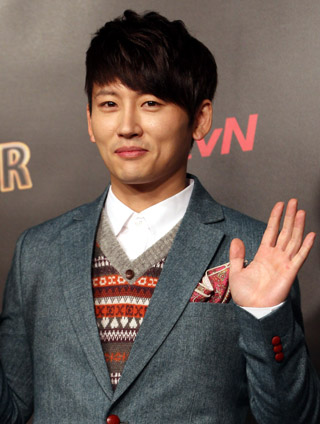 Singer Park Ji-heon from the male trio V.O.S will become a father of a fifth child.

The singer’s label Happyface Entertainment announced on Wednesday that his wife is nine months pregnant and is expecting to deliver in late August.

Park married his wife in 2010, and the pair currently has three sons and a daughter.

The couple reportedly wanted a fifth child and are very happy.

On the day the news was announced, Park also unveiled a new track, “Love Explosion.”

V.O.S debuted in 2004 and went on to release many hit songs that were mostly ballads.

Park left the group in 2010 to pursue a solo career, but he decided to rejoin V.O.S last year.

Some of the group’s biggest tracks include “Beautiful Life” and “Everyday Everyday.”