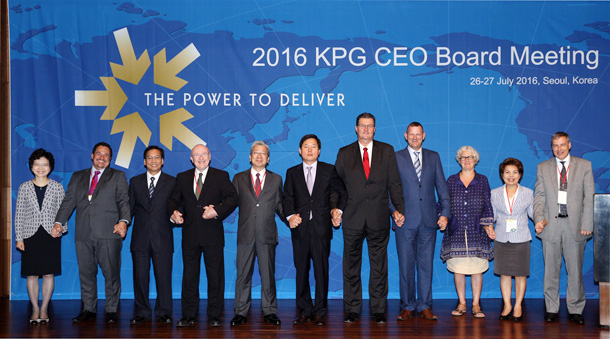 High-ranking officials from leading postal services in 10 countries including Korea, China, Japan and the U.S. agreed to cooperate in raising the competitiveness of express mail service.

During a board meeting of the Kahala Posts Group, an international alliance of postal administrations, held in Seoul on Wednesday, the members discussed the need to exchange information on delivery services among members to raise the on-time delivery rate to 96 percent.

The KPG, which was first founded in 2002 among six markets - Korea, the U.S., China, Japan, Hong Kong and Australia - has expanded its memberships to include the U.K., France, Spain and most recently Thailand.

Members have been working to improve the delivery service in the global express mail market. As a result, express mail service among member countries has increased an annual average of 10 percent in the last decade, according to the Korea Post and the Korean Ministry of Science, ICT and Future Planning. As of 2015, 59 percent of express mail exchanges are made among the 10 member countries. Express mail to China in the past five years has seen an exceptional annual growth rate, averaging 30 percent or more.