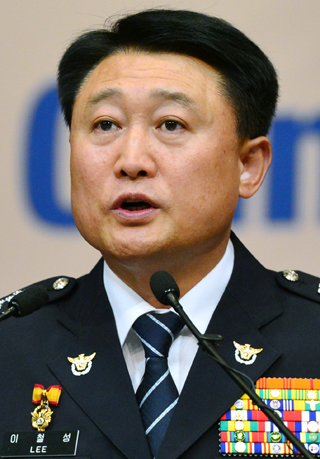 Lee, 58, will replace Police Commissioner General Kang Sin-myeong, who is scheduled to complete his term next month. The commissioner general of the National Police Agency is a vice-ministerial post that oversees 150,000 police officers nationwide.

“Lee served key posts in the police and at the Blue House,” a Blue House official said. “He understands Park’s philosophy well.”

During his tenure as police chief, Lee will be in charge of public security ahead of next year’s presidential election. Lee was the presidential secretary of public security from September 2014 to December 2015. Before joining the Blue House, he was the head of the South Gyeongsang Provincial Police Agency. According to Jung Youn-kuk, Lee is a historic police figure who started his career as a police officer, the lowest rank in the chain of command, and eventually passed the senior officer test to become chief superintendent general, the second-highest rank.