Korean squeezed out of WTO judgeship speaks his mind

Korean squeezed out of WTO judgeship speaks his mind 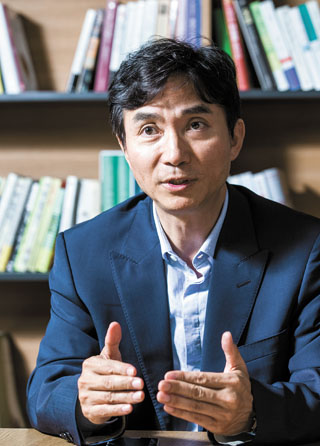 In May, the United States blocked the reappointment of Chang Seung-wha, a Korean judge on the seven-member Appellate Body of the World Trade Organization (WTO), a controversial move that drew a backlash from his colleagues, academics and media.

Chang, a 53-year-old professor of law at Seoul National University, served as a sitting member of the Appellate Body of the WTO, which is the highest adjudicating body for resolving trade disputes, since 2012 and was set to renew his four-year term in May.

It is nearly unprecedented for a judge not to be reappointed to the position.

Washington accused Chang of overreaching his authority in rulings - going beyond interpreting the law to creating it. This led to protests by current and former WTO appellate judges, who accused the United States of threatening the impartiality of the panel.

The struggle between the United States and the other countries opposed to its unilateral decision to drive out Chang can have repercussions on the global trade order.

But as Washington refused to back down, Chang will step down as WTO judge as of early next month.

Chang spoke on the situation in an exclusive interview with the JoongAng Ilbo last week in Seoul. He holds an undergraduate and Master of Laws degrees from Seoul National University School of Law and a doctorate degree from Harvard Law School.

A. The term of a member of the WTO appellate body is four years, and unless there is particular reason, it is customary to serve another consecutive term. My term began in June 2012 and was to run through the end of May of this year, so I made clear my intention to serve another term. All the other nations supported this, but the United States alone circulated press releases in mid-May opposing my reappointment. The other countries said that this is something that threatens the independence of the WTO and retaliated, but the United States adhered to its position. Consequently, the Korean government also gave up on the reappointment and as of June 21 it decided to start the process of selecting a successor.

Is such an occurrence common?

Not at all. At a given meeting of the Dispute Settlement Body, there are around 20 countries that usually speak, but this time around, there were around 50 to 60 countries that denounced the United States. A nation such as Sri Lanka, which has never spoken at the WTO before, even spoke out: “This does not make sense.” This is something unprecedented.

Why did the United States oppose you?

For abusing the right given to the Appellate Body during a ruling. Three or four cases were cited related to this, but the Indian judge who participated in these cases with me and reached the same rulings was reappointed at the end of last year. At that time, the United States did not say anything.

Then why did they target you?

Because abusing authority or whatnot is just a superficial reason. There has been talk at the WTO that this is the result of an accumulation of Washington’s discontent toward the WTO standing members and its rulings and judicial process. But when such complaints were not heeded, it seems as if it chose blocking my reappointment as its card to express such discontent.

Another reason could be because there is a dispute between Korea and the United States over washing machines. This case from the U.S. point of view is very important. There is significance in the washing machine dispute on its own. Additionally, if there’s a ruling that the United States’ antidumping system in itself is wrong, all related products will be affected. In such a case, domestic policy will also take a direct hit. All judges have to keep impartiality even if the case is related to their home country. But even so, the United States seems to feel a burden that there is a Korean judge presiding over this case.

Isn’t there a stipulation that excludes judges from cases related to their home country?

No. The seven judges besides Korea include the United States, China, the European Union, India, Mexico and Mauritius. And all of them, regardless of country, can take part in any trial. That is why each country tries to push for a spot.

There are three cases related to Korea.

They have not reached the Appellate Body yet, but there is a first hearing on a Posco oil country tubular goods case, Japan’s Tohoku marine product imports, and our government imposing antidumping duties on Japanese products. We do not rule based on national interest, but for Korea, which lives off of exports, isn’t it significant to have a Korean judge?

Do all members get assigned to each case?

For each case, three judges are assigned. But for each case, the same agreements and interpretations are applied and related cases continue to come in, so these three judges write rulings based on content that all seven judges have agreed upon. When I first took the post four years ago, I was treated as a newcomer, but since then I have worked earnestly and they gained trust in me as a judge and in my international experiences, so after two years, it feels as if my right to speak has increased.

It is said that there was strong backlash against the U.S. decision.

The seven Appellate Body judges and 13 surviving former judges issued a statement saying this was not right. American and trade scholars from around the world have had the same reaction, that it doesn’t make sense.