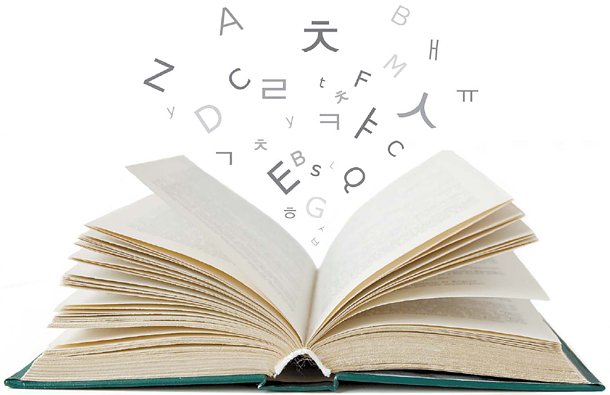 Works of literature reflect the worlds of their authors, and they are engraved with cultures and histories that extend back thousands of years.

In other words, they’re hard to translate - and this was recently made clear here in Korea.

In May, “The Vegetarian,” written by Han Kang and translated by Deborah Smith, won the 2016 Man Booker International Prize. The novel, centered on a woman named Young-hye whose decision to turn vegetarian has many dark consequences, was a jolt to Korea’s lethargic literary scene, and the translation served as a reminder that Korean literature can find readers in other countries.

But despite its success, the translation has been controversial here.

Some readers have accused Smith of “overtranslating,” or adding too much to make the novel accessible to foreign readers. Others have charged her with outright mistranslation in certain sections. Many translation experts, on the other hand, have said the accusations reflect a lack of understanding about the true nature of their craft.

Responding via phone and e-mail, the experts discussed what constitutes good translation, as well as the state of literary translation in Korea.

Q. Boyd Tonkin, chair of the Man Booker Prize’s most recent judging panel, said “Deborah Smith’s perfectly judged translation matches its uncanny blend of beauty and horror at every turn.” Some hail the translation as eloquent, while others call it overly translated or even mistranslated. What is your own opinion?

A. Cho: It is always dangerous to accuse a piece of writing of being mistranslated by examining it at the word or sentence level. Translating works of literature involves reproducing text with a higher level of analysis.

Readers might find some parts awkward if they compare the original and translated texts. But this is because there exists a huge gap between the Korean language and others, such as French, German and English. This poses difficulties to perfectly translating one language into another for every sentence. Literary works require translation to deliver the author’s style of writing, characteristics of the novel and its essence [as a whole].

I did not read Smith’s translation. ... However, that translation has been acclaimed because she managed to deliver the distinctive style of the book and its writing. In other words, the translator focused on creating a translation that was also an entirely new novel.

“The Vegetarian” is a so-called paraphrased translation, or one that has additional explanations necessary to deliver a novel’s messages, and this type of translation is often accused of distorting original text. ...

But this isn’t the same as being mistranslated, which is judged by the following: first, grammatical errors; second, not reflecting the distinctive style of the original novel; and lastly, omissions or additions stemming from the translator’s carelessness or mistakes in editing. These factors haven’t been raised by the people who accuse the work of being mistranslated.

Lee: I do not recommend that readers examine the translation by comparing the texts line-by-line and word-by-word. It’s better to focus on how well the words are chosen in order to make non-Korean speakers understand the text better. ...

When one language moves into another, the problems are numerous. For example, soju or makgeolli (rice wine) are Korean alcohols with cultural connotations that will be difficult for foreigners to understand if they are not familiar with Korean culture. The translator, then, has to add explanations to the text or change the terms into words that foreigners will at least understand.

The problem grows when there is no equivalent between cultures. In that case, the translator is forced to make the call.

Choi: I don’t think the novel is overly translated. I haven’t deeply analyzed it, but if the translation successfully conveyed Han Kang’s message, it’s because the translator pursued the expressions that Han would have used had she wrote the book in English herself.

How can we define a good translation? What would you consider to be most important when it comes to translating a literary work?

Choi: Translating literature involves understanding what the original author wanted to express and finding the best possible language that realizes the author’s thinking. …

Murakami Haruki once said that he likes when the translator understands a writer’s book in his or her own way and translates it out of love for the book. Every translator has a different understanding and a unique style of writing. And I believe that diverse interpretations and translations of a single, original text enrich the soil of literature and intertextuality.

However, Korean critics of translation tend to see only one way of translating texts and berate those that don’t match their standard. That kind of thinking is wrong.

Cho: Good translation tries to make one novel into another. Translators need to be well-versed in language, yet a translator who translates works of literature should always keep in mind the values and characteristics that the original work possesses.

People often forget that translation itself is writing. [Thus] translations aren’t just an assemblage of linguistic codes. Literary works are the zenith of distinctive language, and they capture reality in a most subjective and creative way. As the original novel was a literary work, so must its translation become.

What is your own analysis on the state of Korea’s literary translation industry, and what should be done to improve the situation?

Cho: I am rather uncomfortable with this kind of [sudden] attention that occurs only after a novel is awarded an international prize.

The dramatic surge in a novel’s sale after receiving a prize, ironically, reflects the quotidian indifference and ethnocentricity of the public when it comes to Korean literature.

It is easy to fall into the trap of perceiving works of literature as tools that can elevate the value of Korea as a brand. While it’s hard to say that everything about such an expectation is wrong, this most recent case reveals just how Koreans perceive literature and translation.

Literature is literature. It doesn’t exist to win an Olympic medal or be a one-off event. Therefore, it is important to view the situation with a long-term perspective.

Lee: Translators who are interested in Korean culture should be steadily supported and nurtured so that they will read more Korean novels, both new and old, and provide their own translations. In other words, giving steady support to foreigners who have the potential to translate Korean novels into various languages is significant.

Choi: The most important thing to point out is that the government is neglecting the humanities, and universities are following suit. At the same time, it wants translators that produce brilliant translations. It is very ironic and absurd.

Also, we should be wary of linguistics professors, who are prone to examining translations by comparing texts word to word, line by line. They count the work as mistranslation if something doesn’t match, and this conception of mistranslation must be adjusted.