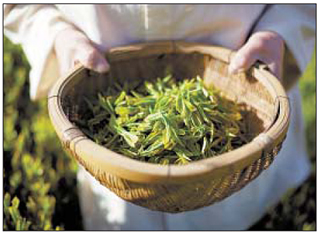 The method, where the tea leaves and other ingredients go through various processes like panning, drying or steaming, can be found in historical records from the Three Kingdom Period (57 B.C.-668 A.D.).

During the Joseon Dynasty (1392-1910), there were also several substantial publications that dealt specifically with traditional tea-making culture, including “Dongdasong” and “Dasinjeon” by renowned scholar Jeong Yak-yong (1762-1836)

The techniques have evolved and diversified, but the fact that the methods are still actively passed down led to the designation of the traditional method as state-recognized heritage, the CHA said.

It added that traditional tea-making is clearly indigenous and unique to Korea.

However, the CHA made it clear that it does not recognize any specific tea manufacturer or region as a cultural asset.

Korea’s major tea hubs, including Hadong in South Gyeongsang and Boseong in South Jeolla, all have their own distinctive traditional processing methods.

Officials hope the designation will help boost further research, particularly into the traditional ways tea can be processed while still meeting contemporary tastes.

In the past, there had to be a specific person or organization that possessed a traditional skill for something to be designated as an intangible cultural heritage item. The law was revised in 2014, and last year, the folk song “Arirang” was registered as a heritage item.

This latest designation of the tea-making process marks the second time an intangible cultural asset has been recognized without crediting a specific owner.