Doosan, at 120, focuses on greater longevity

Doosan, at 120, focuses on greater longevity 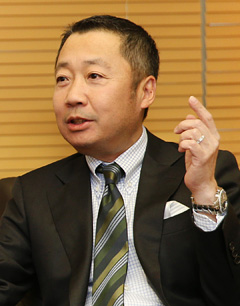 Doosan Group, which has the longest operating history among Korean companies, celebrated its 120th anniversary on Monday.

The heavy industry conglomerate has recently been suffering as global construction and heavy industries market is sluggish. Since the fourth-generation chairman from the Park family took the helm in March, the company has been looking for another breakthrough to lengthen its life expectancy.

“No other company has lasted for more than 120 years and I encourage all employees to join forces to take another leap in Doosan’s business history,” said Park Jeong-won, chairman of the group, through an anniversary letter sent to corporate employees.

Park decide to forego a celebration, saying that the company needed to focus on building up its stability. The letter came as an alternative to a commemoration.

Park’s management strategy for the latter half will focus on satellite sites.

“In the last four months being the chair of the company, my foremost priority was on being onsite,” he said. “I will continue visiting actual working sites at home and abroad for field management.”

Doosan Group in recent years has been restructuring as the global heavy industry has slowed.

Since 2014, the group has been cutting its work force and selling core assets including its affiliates, such as the machine tools unit of Doosan Infracore and Doosan DST. Earlier this year, Doosan Infracore offered voluntary retirements both to older and newer workers. As a result, the company turned its net deficit to a surplus in the first quarter and improved performance in the second quarter.

Doosan is focusing on two major areas. Since last year Doosan Group has joined the duty-free business while expanding in the fuel battery cell and water treatment business. The company is also working on listing its construction equipment affiliate Doosan Bobcat on the Korean stock market, likely next month. Doosan expects to bring in 4 trillion won in investments from an initial public offering.

“There were tougher times in the past,” Park added. “The power of Doosan lies in the experience of continuously growing through the hardships, not only surviving through them.”