The forgotten 4 decades of Mindan

The forgotten 4 decades of Mindan 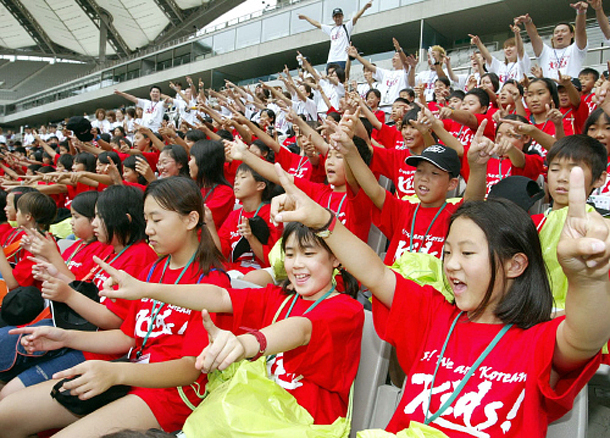 On July 29, 950 children gathered for a field day at Hwajeong Gymnasium of Korea University. There were 450 ethnic Korean children from Japan visiting Korea for five days, and they and their 500 Korean friends got together for a day of sports. After a piñata game, a teacher announced in Korean and then in Japanese, “Please assemble here,” as some 200 students spoke Japanese and were not proficient in Korean. Some children were half-Japanese.

Nevertheless, the Korean Residents Union in Japan, or Mindan, encouraged the parents to send their children to the event. For the children with Korean heritage, Mindan works hard to promote Korean culture.

Celebrating its 70th anniversary this year, Mindan has done its best to help the home country. They are the ones who wish for Korea’s success the most. Depending on how the motherland thrives, they are treated differently in their society.

When North Korea invaded the South, 642 members of Mindan joined as volunteer soldiers and 135 were killed in the Korean War. In the 1960s, they sent 3.1 million saplings of tangerine trees, which made Jeju Island a center of tangerine production. It was the Koreans in Japan who proposed the Guro Industrial Complex, and they owned more than 70 percent of the companies in the complex. It is also well-known that Shinhan Bank was 100 percent funded by Korean Japanese investors.

At the time of the Seoul Olympics, they donated 10 billion yen, about 177 billion won ($159.8 million) in today’s value. Including the Korean Embassy in Tokyo, nine out of 10 Korean mission sites in Japan were donated by Korean residents in Japan. They have so far donated a total of 800 billion won in today’s value.

It is written in textbooks that the money remitted from Germany by miners and nurses in the 1960s helped the foundation of Korea’s development. The stories of the Korean residents in Japan are not widely known but they contributed just as much, if not more, and they are not rightfully credited.

Moreover, the Korean politicians who used to meet with Mindan when they visited Japan don’t pay visits as often. A Mindan official said that they don’t get proper assistance on the issues requiring the Korean government’s support, such as the legislation for a hate speech prevention bill and the establishment of a second Tokyo Korean school.

The mainstream of the Korean community in Japan has switched from the first and second generations, who have a strong sense of nationalism, to the third and fourth generations, who are not proficient in Korean. The naturalization rate is rapidly increasing, and the number of Korean residents in Japan declined from 910,000 in 2009 to 850,000 last year. The solid Mindan organization may crumble.

Korean politicians and authorities need to pay more attention to the Korean community in Japan.