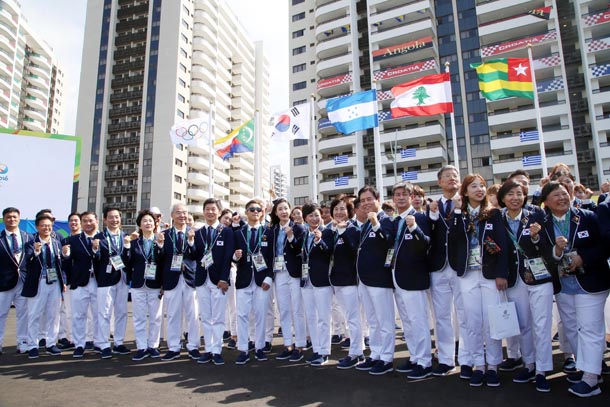 Chung Mong-gyu, head of the Korean delegation to the 2016 Summer Games in Rio de Janeiro, sixth from the left in the front row, and other members of Team Korea pose for a photo during a welcome ceremony at the Olympic Athletes’ Village in Rio on Tuesday. The Games in Rio mark the nation’s 17th appearance at the Summer Olympics. Korea aims to finish this year’s Olympics in the top 10 in medal tallies by grabbing more than 10 gold medals. [JOINT PRESS CORPS]