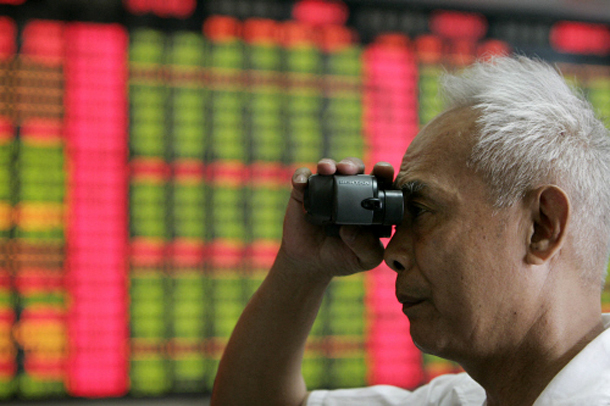 The collapse of China’s stock markets a year ago was eye-catching, but in the end, hardly earth-shattering. Despite the pain for millions of retail investors, the fact is that stocks remain a small part of the financial system in China. Their brief, giddy rise and spectacular collapse never really threatened the wider Chinese economy, let alone the global financial system.

That doesn’t mean the rest of the world should rest easy, however. While equities remain subdued, bubbles are growing in bonds and real estate — two markets that play a much bigger role in the mainland economy. The question is whether Chinese regulators can handle a new crisis any better than the old one.

Faith that China can safely manage fast-growing, debt-fueled bubbles assumes its regulators aren’t just as good as their peers in the rest of the world, they’re better. Last year’s events should call that confidence into question. Throughout the first half of 2015, policymakers allowed leverage to grow unchecked. When the market peaked and margin calls accelerated the decline, the combined force of financial regulators, public security officials and the state press were powerless to stop the slide.

The situation places a premium on policies, rather than personalities, which can prevent things from unraveling. China needs to find a way to tap the brakes on credit without sending the markets into a downward spiral. Tighter rules and larger capital requirements for wealth management products — a key source of risk — are a start. But as long as loan growth continues to accelerate faster than GDP, it’s hard to argue that a true basis for stability has been established.

For evidence the underlying problems remain unsolved, look no further than China’s other asset markets. One might’ve expected that after the trauma of the stock crash, Chinese investors would become a shade more cautious. Nothing could be further from the truth. The equity boom-and-bust was followed almost immediately by a similar cycle in the metal market, which saw steel prices surge almost 80 percent. Property prices in Shenzhen are up 64 percent in the last nine months. Leveraged bets in the fixed income market mean yields continue to creep down, even as default risks grow.

While equities can be dismissed as a sideshow, the same can hardly be said for the fixed income or property markets. The latter is the single biggest driver of demand in China. Equities account for about 7 percent of corporate fund raising; the bond market accounts for about a quarter — a burst bubble there would have a much larger blast radius. A slew of bond defaults and cancelled issuances in recent months have raised warning flags. So have economic indicators for June, which suggest that the policy-induced boom that inflated property sales and prices earlier in the year may be coming to an end.

None of these problems are going away on their own. Money continues to pour into speculative bubbles — first in equities, then in metals, bonds and property — for one big reason: the lack of profitable investment opportunities in China’s real economy. Despite repeated interest rate cuts, Chinese companies remain reluctant to borrow and invest. Capital spending by private firms is on the verge of contraction, leaving state-owned enterprises to do all the work of propping up growth.

The situation is the consequence of a whole cluster of challenges, none of which are easily solved. Overcapacity in sectors ranging from steel to sportswear has made companies reluctant to expand. Slow progress on market opening to the private sector limits space for investment.

Any possible solutions are going to painful. Similar to the situation facing financial regulators, Chinese authorities have to balance the short-term costs and long-term benefits of corporate reform. Sweeping cuts in capacity and aggressive market opening would hammer the state-owned firms that are currently the only force holding up growth. Without such cuts though, stimulus will continue to fuel speculative bubbles.

The lesson of China’s 2015 market crash — that early intervention is less costly than crisis resolution — is easy enough to learn. With the potential costs rising, it’s even more urgent for regulators to heed.


*The author is the chief Asia economist for Bloomberg Intelligence and author of “Understanding China’s Economic Indicators,” a guide to Chinese economic data. He is based in Beijing.