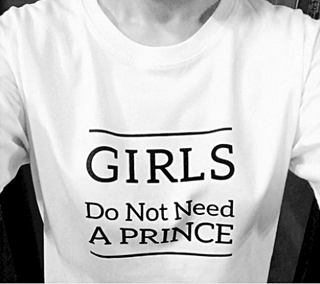 After getting involved in a dispute concerning an online community with man-hating characteristics, the Justice Party is currently facing defections of some of its party members.

According to Han Chang-min, the Justice Party spokesman, Korea has not witnessed such an incident since the pro-North Korea dispute that caused the Democratic Labor Party, a predecessor of the Justice Party, to split up in 2008.

The incident stems from a voice actress for Nexon’s online game Closers, Kim Ja-yeon, uploading a photo of herself wearing a T-shirt with the quote “Girls do not need a prince.” The T-shirt is currently sold on a Korean Website known as “Megalia,” known to be a man-hating group.

Since the debate about the status of men and women is highly controversial in Korea, Nexon replaced Kim with another voice actress on July 19, attempting to avoid criticism from the public. But after news of this decision became widely known, it sparked another round of conflict between those supporting Megalia and those who oppose it.

The following day, the Justice Party issued a statement criticizing Nexon for unjustly firing the voice actress, naming it an infringement of labor rights. Citizens took this as a sign of support for Megalia and started denouncing the Justice Party.

Members of the party called for an explanation from their seniors for taking this stand, but senior party members did not respond to such demands, leading some members to go on strike and defect.

“It is more humiliating for the Justice Party to be called the Megalian Party,” said one member, “than to be reminded of the incident the Unified Progressive Party went through a few years ago. I reckon that a portion of those defecting from the party are doing so out of embarrassment and the same goes for me.”

The Unified Progressive Party is another predecessor of the Justice Party, which dissolved in 2014 after one of its members, Lee Seok-gi, was imprisoned for plotting a rebellion against the nation.

On July 25, the party sensed the seriousness of the issue and held a leaders’ meeting to withdraw its statement. Also, the standing representative Shim Sang-jung issued an appeal calling for the cooperation of all party members.

A Justice Party official stated that the defection of its members is a serious threat, as the party is a minor political party without any regional base.