All eyes are on Brazil as the Games are fast approaching

All eyes are on Brazil as the Games are fast approaching 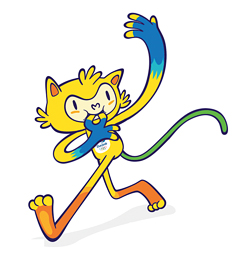 The world is turning its gaze toward Rio de Janeiro, Brazil, now that the Summer Olympics are finally back.

The 2016 Summer Olympics, officially known as the Games of the XXXI Olympiad, take place in the city of Rio de Janeiro in Brazil, the nation of carnival and samba. The quadrennial global sports competition is possibly the greatest sporting event in the world, full of human drama, featuring athletes from around the globe who gather in one place to compete for a position on the podium. The athletes are gifted and talented, of course, but what makes many of them great is all the blood, tears and sweat they shed throughout their careers. As hinted by the motto of this year’s Games, “Live Your Passion,” the athletes, be it stars such as Michael Phelps or Usain Bolt or someone like young Korean football player Hwang Hee-chan, for whom this is their first major international competition, will give everything they have to show the world what they are made of.

A total of 11,239 athletes from 206 National Olympic Committees will attend the Rio Olympics, which will feature 28 sports, 41 disciplines and 306 events. The events will take place in 33 different venues around Rio de Janeiro from Aug. 5 to Aug. 21.

Also a team of refugee athletes, composed of five refugees from South Sudan, two refugees from Syria, two from Democratic Republic of the Congo and one from Ethiopia, will take part in this year’s Olympics. They are without a country to go back to but are thankful for the chance to compete in the Olympics. And, by appearing in the Summer Games this year, the refugee athletes will wave a torch of hope for the 65 million refugees around the world.

There have been many unexpected turns of events leading up to this year’s Games. Phelps, an American swimmer and the most decorated Olympian of all time, with 22 medals, came out of retirement and decided to attend the Games at Rio. Including the Olympics and world championships, Phelps has 77 medals in major competitions and is a record holder in terms of the number of Olympic gold medals he has, with 18.

In addition to Phelps, Bolt, arguably the fastest man alive and another star Olympian, silenced all the retirement rumors by announcing that he intends to carry his career as far as the 2017 World Championships in London. Bolt holds world records in the 100-meter and 200-meter sprints and six gold medals from the past Olympics. He claimed three golds in the 100-meter and 200-meter individual sprints and the 4x400 relay during the 2008 Beijing Olympics and repeated the “double triple” by taking home golds from the same events in the 2012 London Olympics.

While some athletes such as Phelps and Bolt quelled rumors about their competitiveness in their respective events, others simply decided to skip the Games. The Rio Olympics received special attention as it is the first Olympics in a century to welcome back golf as a medal event. But the hype involving golf lost its vitality when golf stars such as Jason Day, Jordan Spieth and Rory McIlroy decided to stay away from Brazil, citing reasons including the Zika epidemic.

In addition to Day, Spieth and McIlroy, a total of 21 golfers withdrew from the Olympics, mostly because of Zika. What is disconcerting is that their move made the International Olympic Committee (IOC) skeptical about keeping golf in the Summer Games in the future. Although golf will remain a medal sport until the 2020 Tokyo Olympics, its survival thereafter is questionable.

The Korean delegation to Rio will enter the ceremony 52nd in line, in accordance with alphabetical order.