Chung Myung-whun cleared of all charges by the police

Chung Myung-whun cleared of all charges by the police 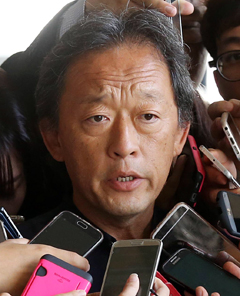 Police cleared maestro Chung Myung-whun, former artistic director and principal conductor of the Seoul Philharmonic Orchestra, of all charges including embezzlement and violation of his duty.

Jongno Police Precinct said on Thursday afternoon that “police could not find evidence proving his guilt after more than a year of investigation.”

Several civic groups pressed charges against Chung early last year. One of the main accusations was that Chung improperly used the city-run orchestra’s budget, about 55 million won ($49,360), to purchase things like plane tickets for his son and daughter-in-law to accompany him to one of his concerts overseas.

In that case, Chung has said the two were serving as his manager for the concerts, and that the orchestra pays for the airfare of his managers. At the time of the incident, his normal manager was on sick leave.

According to police, “it is difficult to see the act as illegal according to the contract.”

Following the decision, Chung expressed his happiness through his law firm, Jipyong, adding: “What I have learned from this experience is how easy, especially in our country, it is to destroy something that has been built with such hard work.”