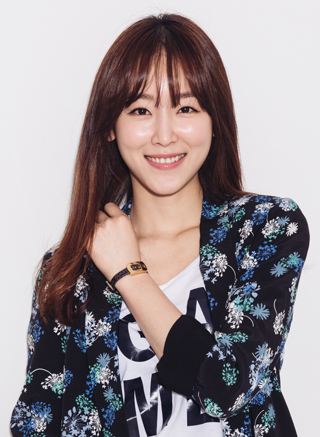 Actress Seo Hyun-jin will visit Taiwan to promote her dramas “Oh Hae-young Again” and “Let’s Eat 2,” according to her agency Jump Entertainment.

“Seo was invited to visit Taipei by KKTV,” the agency said, referring to the newly launched video streaming service born from KKBOX, the most popular music streaming service in Asia. “She will start with an interview on Aug. 9, and will hold a press conference and a fan meet-up at ATT SHOW BOX on Aug. 10.”

Seo’s two dramas are scheduled to become available on KKTV.

“With the launch of the service, we confirmed Seo will be the main model for ‘Oh Hae-young Again,’” said a person affiliated with KKTV. “And we invited Seo to promote her dramas,” adding that the actress has become hugely popular in Taiwan.

The mega-hit “Oh Hae-young Again,” which aired from May to June, was highly popular in Korea and was subsequently sold to distributors in 10 countries including the United States, Hong Kong and Singapore.

Seo originally debuted in 2001 as a member of the K-pop girl group M.I.L.K. The group disbanded after its first album, and Seo soon moved on to acting. Some of her previous dramas include “Here Comes Oh Ja-ryong” (2012-13) and “The Three Musketeers” (2014).