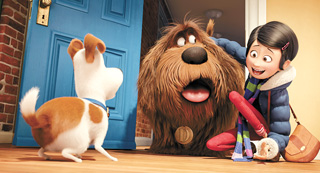 The Secret Life of Pets (All)

If you think your pets spend the whole day innocently waiting for you to return, this spellbinding movie says you’re wrong.

An adorable terrier mix named Max gets the challenge of his life after Duke, a newly adopted dog, becomes his new roommate. Not only does he have to compete for the love of his owner, Katie, but he also gets embroiled in an unwanted adventure because of Duke. How will Max overcome the crisis?

The writers of the film colored it using their real experiences with beloved pets, which gives the imaginative situations a touch of realism.

It was produced by Illumination Entertainment, an animation production company founded in 2007 that has had a string of hits in the competitive animation market.

It was behind the blockbuster “Despicable Me” series and subsequent “Minions” (2015), and this most recent film broke the opening-day box office record for an original animated film.

Comedians Louis C. K. and Eric Stonestreet play the voices of Max and Duke, respectively, adding another reason why the film is worth checking out. It’s likely to continue to be a hit, along with fellow animated feature “Finding Dory” released in early July, particularly as most schools around the nation have begun their summer vacations.

A mysterious light has been witnessed by several people, but the government covers up its existence. In response, four men work to trace the light and unveil the hidden secrets behind the event.

While pursuing the mystery, they record their journey with a video camera. But one day, the group disappears, and only the footage is left behind.

No one knows where they’ve gone, and some speculate they’ve been abducted by aliens - or worse.

The film is based on a real event that occurred on March 13, 1997, known as the “Phoenix Lights,” or the “Lights over Phoenix.” An alleged UFO was spotted in Phoenix, Arizona and Sonora, Mexico.

Nearly 30,000 people reported having seen it, but the U.S. government quickly claimed the lights were military flares and closed the case.

The film is styled like a documentary, employing interviews and found footage to explore what happened to the men and find the truth behind the incident. 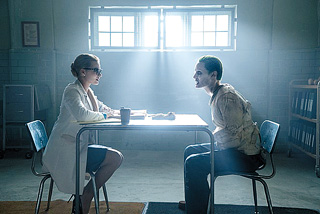 Don’t think that only good guys can be heroes. The bad guys are coming to save the world.

A squad of supervillains are recruited by a government agency to carry out a mission that ordinary heroes cannot fulfill.

The squad is composed of Floyd Lawton or Deadshot (Will Smith), Joker (Jared Leto), Harleen Quinzel or Harley Quinn (Margot Robbie) and six others. They each have different murderous skills and characteristics. In the film, Batman (Ben Affleck) makes an appearance as well.

Harley Quinn has been getting a lot of attention for her signature half red, half blue hairstyle and eye makeup.

The film is based on the comic books of the same name by DC Comics. The comic book company is well known for characters like Batman and Superhuman, and with all the hype, it looks like Quinn will be added to its list of representative characters.

There’s also a mobile video game, “Suicide Squad: Special Ops,” that has been released to promote the film. It’s a shooter in which three of the film’s characters - Deadshot, Quinn and El Diablo - form a squad to kill zombies.

Marianne Lane (Tilda Swinton) is enjoying a vacation with her partner Paul (Matthias Schoenaerts) on a remote island somewhere off the coast of Sicily.

While having a peaceful moment at their luxurious villa, they are interrupted by Harry (Ralph Fiennes), an old friend and ex-lover of Lane, and his daughter Penelope (Dakota Johnson). As time passes, Lane and Harry’s past relationship resurfaces. The mixture of jealousy, desire and love that follows could jeopardize more than even they realize. Things continue to get complicated when the seductive Penelope intervenes, escalating both the psychological and sexual tension.

The juxtaposition of Lane’s past and present life is well executed in the film, showing how she’s caught between nostalgic reminiscences with Harry and her present happiness with Paul.

Swinton and director Luca Guadagnino have previously worked on his two other films, “The Protagonists” (1999) and “I Am Love” (2010). 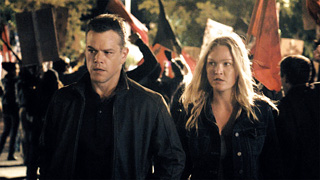 The fifth installment of the “Bourne” series promises that the true identity of Jason Bourne will finally be uncovered.

All of his memories have finally returned, but former CIA agent Jason Bourne (Matt Damon) still has questions about his past. Returning as the real Jason Bourne, rather than an alias, he is finally ready to confront the agency.

The series has been long beloved by moviegoers. It began with “The Bourne Identity” (2002), where Bourne learns his name but can’t remember the missions he has done for the CIA.

This film relates directly to “The Bourne Ultimatum” (2007), since the last sequel, “The Bourne Legacy” (2012) was more of a spin-off than a continuation of Bourne’s journey.

Throughout the series, the action scenes have been killer. Ordinary objects are often wielded in unexpected ways.

In the first film, Bourne picks up a pen on the table to fight against a man with knife; in the third, a towel in a bathroom becomes a murder weapon. This latest film also won’t disappoint moviegoers by showcasing objects that get turned into unexpected weapons.

Released on July 27, the newest in the Bourne series sold one million tickets in four days of its opening, the fastest record set by a foreign film released here so far this year. 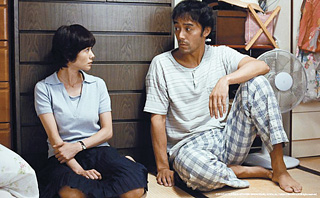 The message in this film: even if you think your life is doomed, the world’s not such a miserable place after all.

Ryota (Hirochi Abe) cannot erase memories of his past glories.

He was once a prize-winning author, but now he’s a private detective who gambles all his money away. Even though he dreams of regaining his reputation, he knows he’s a deadbeat.

His wife, Kyoko (Yoko Maki) leaves him and goes to live with their son, Shingo.

But one day, a typhoon strikes and forces Ryota, Kyoko and Shingo to spend one night at the house of Ryota’s mother, Yoshiko (Kirin Kiki). What will happen on the stormy night when the broken family is reunited?

The film was screened in the Un Certain Regard section at the 2016 Cannes Film Festival.

Director Hirokazu Koreeda has been acclaimed for his films such as “Still Walking” (2008), “I Wish” (2011) and “Like Father, Like Son” (2013). His latest, however, is unique in that it features locations that remind the filmmaker of his own father.

The film encourages viewers to consider what it means to become an adult.

Marking the release of “After the Storm,” other previous films by Koreeda including “Still Walking” were re-released.