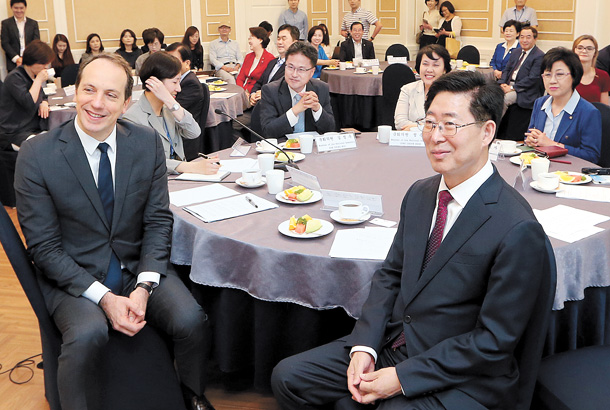 French Ambassador Fabien Penone sits far left along with lawmakers at the National Assembly on Thursday to give a lecture before parliamentarians on France’s knowledge on overcoming low birth rates, as this problem is sweeping across Korean society.

In his address, Ambassador Penone urged the South Korean government to act fast in raising the low birth rate to see a tangible outcome in 20 years. France saw a hike in its birth rate over the past 20 years, from 1.65 births per woman in 1993 to 2.01 in 2012. Korea’s birth rate recorded last year was 1.24, a figure that has alarmed the government. [CHO MOON-GYU]