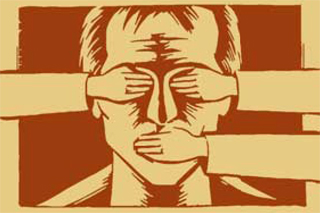 Emails were leaked, exposing top officials of the Democratic National Committee trying to undermine and ruin Senator Bernie Sanders of Vermont and his campaign for the Democratic nomination in favor of their preferred candidate, Hillary Clinton. Clinton’s campaign accused Russian intelligence of hacking and leaking the emails to disrupt unity of the Democratic Party and help the rival Republican candidate Donald Trump. Washington also suspects Moscow of meddling in its presidential campaign to help Trump, who outright disapproves of NATO and is reconciliatory towards the Kremlin and its strongman Vladimir Putin.

The Kremlin runs two intelligence service: the former KGB, the Committee for State Security in charge of domestic security and secret service, and the GRU, the Chief Directorate for Intelligence engaged in military and foreign intelligence activities. The KGB, the world’s largest secret service, acted on behalf of the Communist Party. When the Soviet Union was disbanded, Russian President Boris Yeltsin broke the agency into the Federal Security Service, Foreign Intelligence Service, and the Special Communication and Information Service of the Federal Protective Service to balance out the power and functions of the powerful agency. After Putin came to power, he reinforced the security agencies.

The military intelligence agency regained power after Russia invaded Ukraine. The GRU wields more power in the United States. Alger Hiss, a U.S. government official who was behind the campaign to prevent Syngman Rhee’s effort to gain U.S. endorsement for the Republic of Korea and maintain the Soviet stake in the Korean Peninsula, had worked for the GRU. Some U.S. members of Congress had been accused of acting as Soviet spies and their followers may still be active in Washington.

Putin actively employs Russia’s secret service for his policies and his power. Russia was accused of running a state-sponsored doping program with secret agents involved in manipulating urine samples provided by its athletes during the Winter Olympics in Sochi that served as a showcase event for Putin, leading to bans on some Russian athletes in the Rio 2016 Summer Olympics.

Putin’s political opponents were secretly killed or sent to the prison and wealthy Russians and former intelligence officers were murdered abroad. One former KGB agent claimed communism might have disappeared but the creepy ways and legacy of its secret service lives on.

Putin is highly proud of his espionage background. A street-fighting kid who dreamed of becoming a spy, he joined the KGB at the age of 23 and spent 16 years in intelligence. From 1998, he headed the FSB. His background must be taken into account to understand his worldview and leadership.

Putin considers the U.S. as the prime enemy of his state. His view of Washington stems from the peak days of espionage from 1985 to 1990 when he was a spy stationed in East Germany. A leader whose worldview remains in the Cold War is dangerous for the world and Russia.
Contentious in nature, Putin places high importance on intelligence contests. Moscow is cannier than Washington in the intelligence war.

If intelligence matters most, the Soviets should have prevailed over the U.S. in the Cold War. But intelligence and plotting is limited in containing the human passion to live freely and a system that ensures freedom and universal values. Russia is in the hands of a leader without concerns for the future of Russia.

Putin has reinforced an oppressive system, although communism is dead, by stirring up nationalism. His vow to revive Russian glory has been highly popular. But he has only ended up isolating his country by triggering various international conflicts. The Russian economy has suffered from international sanctions after Moscow’s invasion of Ukraine.

A policy pitted against the U.S. complicates Moscow’s problems with China. China and Russia command the biggest part of the world. Although its land is massive, a great part of Russia is an uninhabited ice zone in Siberia. The rise and expansion of China has been a threat to Russia. The Chinese Communist Party has been aggressive in its own nationalist policy to justify its control of state affairs. But the two nations are strategically teaming up to form a united front against the West. Putin may look like he is winning over the United States and Europe, but actually is getting himself more and more entangled in the trilemma of repressive politics, nationalism and foreign conflicts.

There is little room to maneuver in a condition of trilemma. The constraints for a despotic regime is particularly dangerous because it must feed nationalistic fervor. Once swept up in nationalist fever, things can get out of control of a strongman. Chinese President Xi Jinping is in similar conundrum. Beijing can no longer bow out gracefully from the territorial dispute over the South China Sea after it was humiliatingly defeated in international arbitration. It is also reacting irrationally over Seoul’s decision to deploy a U.S. missile system because it has got itself into a political bind.