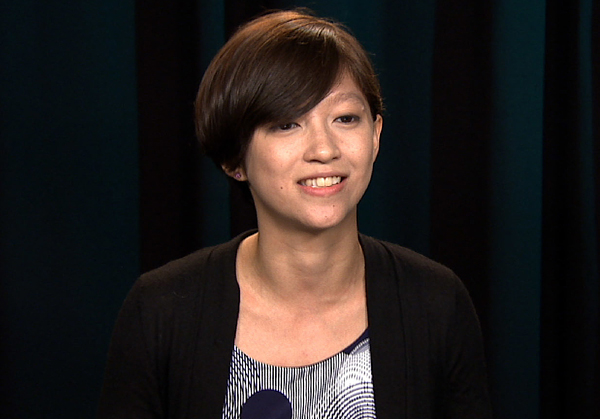 NEW YORK - It takes an inquisitive mind and a steady spirit to get the whole story about the creators of “Curious George.”

Ema Ryan Yamazaki, 27 and a graduate of New York University’s film school, has spent the last two years working on a documentary about H.A. Rey and Margret Rey, the husband-and-wife team behind the multimillion-selling children’s franchise. The Reys were Jewish refugees during World War II, fleeing from Paris in 1940 on homemade bicycles. Eventually settling in Cambridge, Massachusetts, they would launch a series that has sold more than 30 million copies worldwide.

Yamazaki, whose previous credits include directing a short documentary about an 800-year-old Buddhist temple in Kyoto, Japan, and editing the HBO documentary “Class Divide,” had read “Curious George” in Japanese as a girl and was surprised to learn that no one had made a film about the Reys. Through a mutual friend, she got in touch with the literary estate and received its cooperation.

Yamazaki plans a 75-minute documentary, which has the working title, “Monkey Business: The Adventures of George’s Curious Creators,” and will include original animation of the Reys themselves, and has begun a Kickstarter campaign to help with funding. She recently sat down and talked with The Associated Press about the project.

Q. What made you want to do a film about the Reys?

A.I grew up in Japan reading ‘George’ in Japanese, and ... when I learned they were these German immigrants who had fled the Nazis on bicycles with the first Curious George book with them, it was enough for me to be interested. ... And I assumed there was already a movie out there and when there wasn’t I was immediately in a car, headed to Cambridge to meet the lady who runs the estate.

What sorts of materials have you found?

There’s ... 300 boxes (at the University of Southern Mississippi) of the Reys’ personal archives, anything from their wartime journals to letters they wrote to each other, the process of how they created Curious George - so the rough sketches all the way through to the fine prints, (and) all this other artwork they did that they never published.

What did you learn through your research?

As I learned more about them, and I learned about their story, it’s almost inseparable. Who they were is why they were able to make that monkey.

I love how Margret describes the monkey as someone that finds himself in trouble and through his own ingenuity gets himself out of trouble. That’s her words and it might have as well been them, describing them, especially in their escape. They literally found themselves, the night before, it was too late to leave, with no cars, no trains to be had, not even a bicycle. All they had was a tandem bike. It was Margaret who had no patience basically to ride a tandem bike to flee the Nazis. And she said, ‘Hans, my husband, do something about this.’ And he cobbled together two separate bicycles out of spare parts.

Things like that, that are very George-like in a way - the creativity, the imagination and their approach to things - really I think seep through into what they created.