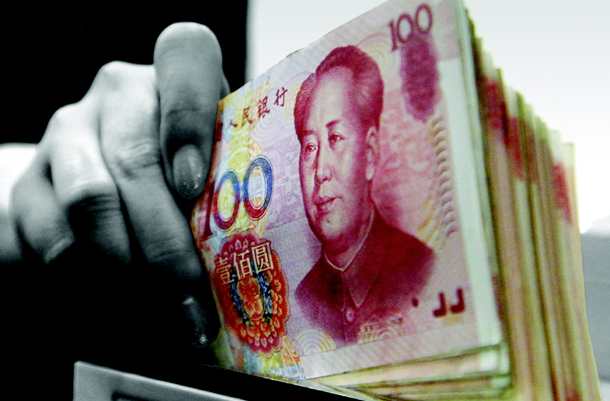 For a long time, there was a recurring stereotype about China’s economy: If growth started to slow significantly, the argument went, prudent technocrats in Beijing could always prop it up with fiscal stimulus and keep the country’s financial institutions afloat. Combined with optimistic official data about deficits, this argument sounded reassuring for a while.

Yet now reality is intervening harshly. China’s public finances are in worse shape than is commonly understood. And as debt levels rise and the economy remains sluggish, the government’s ability to boost growth looks increasingly precarious. Without reform, that will have some grim consequences.

According to the International Monetary Fund, China is expected to run a moderate budget deficit of 3 percent of gross domestic product this year, with a manageable debt load equal to 46.8 percent of the economy, ranking it 100th out of 184 countries. On the surface, then, it appears well placed to manage any slowdown.

But there’s more here than meets the eye. The headline number used by the IMF covers only central government debt, not that of provinces and municipalities. Since more than 80 percent of public spending in China comes from local governments, that’s an important omission. Assume those governments incurred the statutory maximum debt load last year — in total, 16 trillion yuan — and you double total public borrowing, raising it by 47 percent of GDP.

Yet even that assumption is generous. An examination by China’s National Audit Office in 2013 found debt outstanding of 18 trillion yuan. In other words, debt already exceeded the 2015 statutory limit three years ago. And since then, local finances have only worsened. The IMF last year estimated a total fiscal deficit of 10 percent of GDP. Goldman Sachs recently put it at about 15 percent. Those are enormous figures: They suggest a total deficit level on par with the U.S. during the 2008 financial crisis — perhaps worse.

And yet they still obscure the true amount. Local governments trying to evade debt limits often guarantee off-balance-sheet loans (explicitly or otherwise) and create state-owned enterprises to pursue projects on their behalf. Last year, their liabilities grew so egregious that Beijing had to engineer a bailout by mandating a debt swap with state-owned banks.

Furthermore, investors and ratings firms struggle to draw a clear distinction between government debt and private debt. It’s widely assumed in China that the government stands behind most debt owed by state-owned companies to strategic enterprises or other favored firms. And investors have tended to believe that the government will back most every major company or project.

So far, they’ve been right: Despite rising defaults, the government hasn’t allowed any major firm to collapse for fear of triggering a crisis. Yet stresses are rising in China’s banking system, and with public debt a more serious problem than official figures let on — and still rising — the government is increasingly constrained.

There are a number of steps Beijing could take to address this mess. Deleveraging should be first. Restrictions on what local governments can borrow simply encourage new and creative ways to hide their debt, which actually makes them more difficult to rein in. More effective — if less politically appealing — would be allowing zombie firms to collapse, slowing the rate of investment and accepting slower GDP growth.

Instead, Beijing seems to be praying to the Keynesian multiplier, hoping that with yet more stimulus it can grow its way out of its problems, much as it did a decade ago. But the post-2000 period was a unique one, as China joined the World Trade Organization, global growth pushed up export receipts and budgets magically righted themselves. The government must accept that history is unlikely to repeat itself.

If it doesn’t, mounting bad debts, double-digit deficits and a rickety financial system are going to make for an increasingly volatile combination. Bearish investors predicting large-scale devaluations and bank crises understand the risks that have historically accompanied such profligacy. If China’s credit can’t expand forever, it must stop — either by choice or by force.