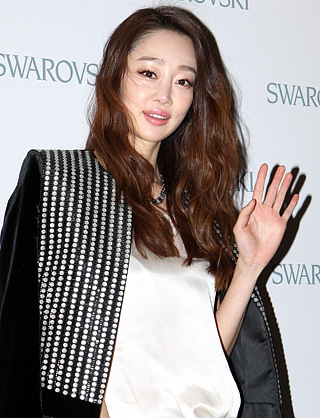 Actress-model Choi Yeo-jin officially apologized on Monday for remarks her mother made about the Korean female archer Ki Bo-bae.

Choi’s mother put up a post on Sunday on her Instagram that fiercely criticized the archer for eating dog meat soup. She was referring to an interview the sports star’s father had with local newspaper Chosun Ilbo in 2010, during which he said that “Ki seems to perform better when she eats dog meat soup before a game.”

Regarding the interview, Choi’s mother wrote “You must be crazy. Are you trying to show that Korea is an uncivilized country? If it suits your taste, why don’t you eat your parents… have you not heard that human meat also [tastes] good?”

In her own post on Instagram, Choi apologized for mother’s remarks “that could have greatly hurt Ki and Ki’s fans.” She confessed that her mother, a dog lover, could not stand the idea of a dog being eaten.

“Although I’m very sorry to say this late, I hope that Ki no longer feels hurt about what my mother said,” she wrote.

Meanwhile, Korea’s women’s archery team, which includes Ki, claimed gold at the Rio Games on Sunday. It remains unclear whether or not dog meat was consumed.