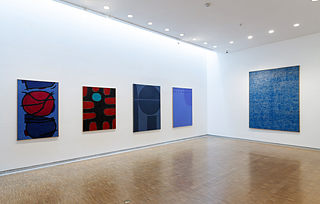 To Saturday: The exhibition features more than 200 drawings by Lee Dongi, who is considered one of Korea’s representative pop artists, though he has always expressed concern about such categorization of his work. These drawings include sketches and scribbles made without any further purpose.

“Lee Dongi is concerned with how modern art is generalized into ‘conceptual art,’“ the gallery’s homepage reads. “The artist said he does not like the binary division between conceptual art and the formal exploration of art... Drawing, either consciously or not, is a process to give a form, to solidify, and to refine images that are called upon. “

To Sunday: The exhibition features 12 pieces by Chinese artist Liu Wei, ranging from his controversial early works to his most recent. The 44-year-old is one of the leading artists in the generation that came after the famous “Chinese Diaspora” and “Political Pop” generations that were influenced by the 1989 Tiananmen Square protests.

The exhibition will be the last at Plateau, a branch of the Samsung Museum of Art located in the Samsung Life building, which will close after 17 years due to the sale of the building.

THE MAN IS GONE AND THE ART HAS REMAINED

To Sunday: This large-scale retrospective of the modern Korean master Kim Whan-ki (1913-74) features 400 paintings, drawings and collages by the artist.

The exhibition includes many abstract drawings and oil paintings on newspaper that show the artist’s continued experimentation with, and transition into, pure abstract figuration.

The result was Kim’s collection of dot paintings, which are now celebrated by both art critics and collectors. The dot paintings are among the exhibits. 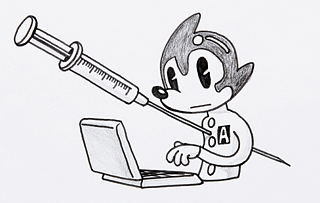 THE MASTERS OF MODERN PAINTING - FROM CALLIGRAPHY AND PAINTING TO IMAGE

The largest piece on display is a landscape painting by Ro Su-hyoun (1899-1978), which illustrates the four seasons on a folding screen 2.3 meters (7.5 feet) in length 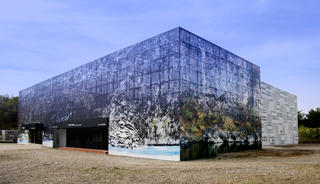 To Nov. 20: Yeongang Gallery, the first-ever art gallery within the civilian control zone adjacent to the North Korean border, opened in May with a solo show by artist Han Sung-pil. It features 11 of his photos, including “Observation,” and video works including “Uncanny Serenity.”

For an indefinite period: This exhibition celebrates the opening of a permanent space for artwork donated by Gana Art, one of the nation’s leading galleries, in 2001.

The donation, called the Gana Collection, consists of 200 paintings, sculptures and prints by 48 local artists associated with the Minjung art movement of the 1980s and early ’90s. The movement is characterized by realist paintings with strong political or social messages against the Korean military regime of the ’80s.The inaugural exhibition features 28 pieces by 24 famous Minjung artists including Lim Ok-sang, Shin Hak-chul and Hwang Jae-hyung.