Living in the era of centenarians

Living in the era of centenarians 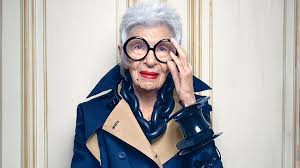 Couple months ago, I overheard a conversation of three elderly ladies and laughed up my sleeve. They were talking about Lee Sun-ja, the wife of former president Chun Doo-hwan, featured on the television news. “She is only 77 years old, but she looked like a granny. 77 years of age is so young but she looked so old.” They cluck their tongues.

Judging from the conversation, they must have been older, probably in their 80s. To me, these ladies and the former first lady were all grannies. But as they consider age 77 as young, I realized that we are really living in the era of centenarians.

While the standards of youth are often found in appearances in Korea, other countries give better insight into the changes of the time. Older generations not only maintain youthful appearances but also increasingly work alongside young people and no longer consider age as a barrier.

If she were a Korean, she would have to be satisfied with the title of a “legend” and giving occasional advice. But Apfel is just as active as her younger years. She is on the covers of leading fashion magazines, was selected as a best dresser by the Guardian and poses for many fashion brands. Lately, she has introduced a set of emojis of her face.

The fashion industry is known for its obsession of youthful image, but 95-year-old Apfel is an icon not because she maintains a youthful appearance. The value of her celebrity comes from her attitude of not obsessing over youth. She confidently shows off the wrinkles and silver hair that come with her age but is never condescending to those who are younger. When asked for style advice, the experienced fashion icon says, “It’s better to be happy than well-dressed.” Instead of suppressing oneself for being old or patronizing others, she focuses on what she wants to do and is open to communicate with the world. Her attitude makes 95-year-old Apfel still active and relevant.