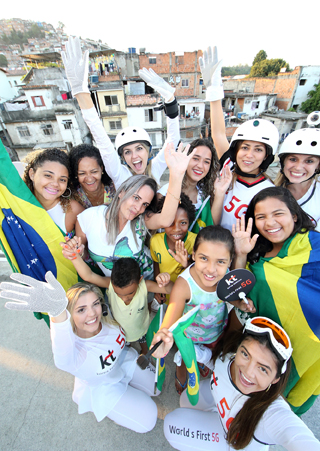 So-called 5G reporters gather outside Maracana Stadium, where the 2016 Summer Olympics kicked off last week in Rio de Janeiro. Korean telecommunications company KT has sent out Brazilian 5G reporters to film the Games with various cameras including action cams, body cams and 360-degree virtual-reality cameras. They will also be shooting at major tourist sites in Brazil including the iconic Christ the Redeemer statue and Copacabana beach. [KT]