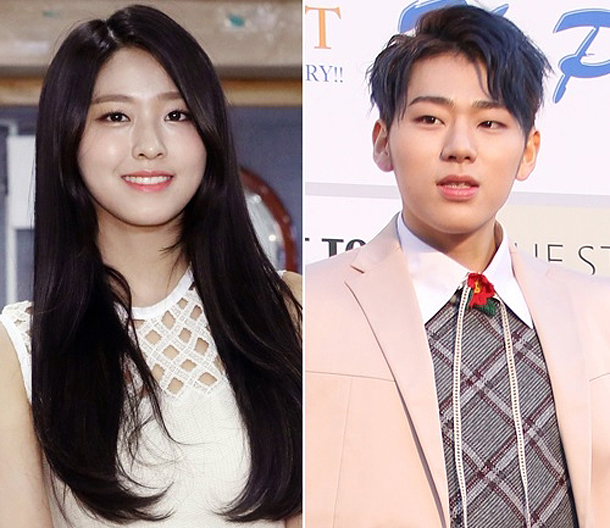 Singer Seol Hyun from the girl group AOA and rapper Zico from the all-male act Block B ambiguously acknowledged their romantic relationship on Wednesday.

FNC Entertainment, which represents the female singer, announced through a press release that “Seol Hyun and Zico developed feelings for each other after depending on each other during difficult times. They are good entertainment colleagues who are close.”

Zico’s label Seven Seasons expressed similarly ambiguous view, saying “After checking with [Zico], we learned that they are good colleagues who are getting to know each other.”

Local media outlet Dispatch broke the news on Wednesday morning, reporting that the two stars have been seeing each other for over five months. The article revealed photos of Zico’s car, a black Porsche, waiting outside of her apartment.

Amid such scandal, people are highly anticipating Zico’s appearance in the MBC entertainment program “Radio Star,” which will be recorded on Aug. 24 and air in early September. Zico was asked to appear as guest before the scandal broke.