Beneath the Rio Olympics

Beneath the Rio Olympics 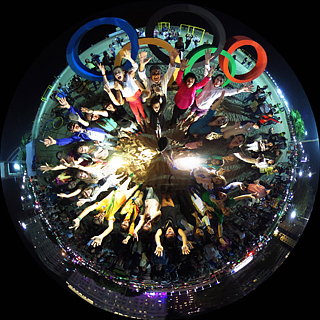 For the first time, the Olympics are being held in South America. Since the creation of this tradition in 1896, only four cities hosting this event have ever been from developing countries. When Rio de Janeiro won the bid to host the Olympics in 2009, there were huge promises made that Brazil would use the event as a catalyst of its growing role as a global player. Instead, to the dismay of most Brazilians so far, this event is serving to expose the troubles of both Rio and Brazil rather than to prove its potentials.

Brazilian hope was that the Rio Olympics would embody the transformations of a country that, until a couple of years ago when the game preparations started, was lifting millions out of poverty, creating innovative social policies, and economically growing at a steady pace. The euphoria of Brazil has instead done more harm than good to the Rio Olympics, whose list of problems and failures mount every day. Members of the International Olympic Committee are of the opinion that the buildup for Rio has been the most chaotic in the lengthy history of the games.

To be fair to Rio, most of the previous host cities have also had problems leaving a meaningful legacy, making a profit, and strengthening the local sports culture. Rio’s problem is that the event is unfolding in the wrong time and context as Brazil is trying to overcome pared political and economic crises. As a place of both opulence and poverty, Rio shows once again that it has no problem hosting a major event but with many contradictions. The same applies to Brazil. While the country is grappling with its worse economic recession in decades, the total expenditure for the Olympics has become four times more expensive than the original planned costs.

The messy preparations for the Olympics show the underlying structural problems that have become innate to Rio. Since the city ceased to be the capital of Brazil in the 1960s, it has lost its importance and entered a continuous cycle of economic decline and persistently high levels of urban violence. Underneath Rio’s Olympic façade hides decaying public institutions, growing social and spatial inequality, as well as an ingrained culture of political corruption.

Brazilian politics can be partly blamed for the disastrous preparation for the games. Politics in Brazil has been largely driven in recent years by corruption schemes. In this political context and in times of the recent economic bonanza, several politicians adopted a business style when conducting state affairs; in which public institutions are used for their own private entrepreneurial ambition.

Construction companies are at the heart of these corrupt affairs in the Olympics. The biggest construction company in the country, Oderbrecht, is currently under investigation for having paid bribes to secure the work on a new subway line connecting key areas of Rio to the Olympic Park.

The finances of the Rio Olympics have also been questionable. The total expenditure for the Olympics has reached an estimated cost of US$9.2 billion. A public-private partnership has been the main form of real estate development for the Olympics. The private sector took a prominent role being responsible for more than half of the total expense in the Olympics. One of the consequences is that Rio’s city government has subsequently failed to give priority to projects with high social benefits.

These institutional issues have been accompanied by old unsolved problems such as persistent infrastructure deficiencies like water pollution, unfinished transportation projects, and new problems such as the Zika virus transmission. Although the international media and public opinion have put a large emphasis on the threats of the Zika virus, 85 percent of Rio’s residents believe that any potential failure with games will come primarily from the lack of security. Public safety has been a major concern of local public authorities, who have sketched a security plan that will put a military force of 85.000 on the street of Rio; which includes 38.000 army officers.

Public authorities have been trying to boost the image of the games amongst local Rio residents. However, a great majority of poor residents suffered the consequences of troubled preparation for the games with land expropriations, disruptions in public transportation services, and minor investment in public service delivery. From 2014, when local support in favor of the Olympics reached 66 percent,

support has since fallen to 49 percent in 2016. Brazilians have quickly realized that the Olympics dream has turned into a nightmare.

While the Olympics unfold amidst many uncertainties, there is the assurance that this year’s games will bury the Brazilian ambition to show the world a transformed and modernized nation. Beyond the organization chaos and corruption behind the scenes, the real tragedy of the Olympics is that once again Brazil has shown that it is incapable of reconciling its ambitions to become a rich country without its unabating problems of poverty, corruption, and weak state capacity.


*The author is a professor at Hankuk University’s Graduate School of International and Area Studies.