How do you sell 10M tickets in Korea?

How do you sell 10M tickets in Korea? 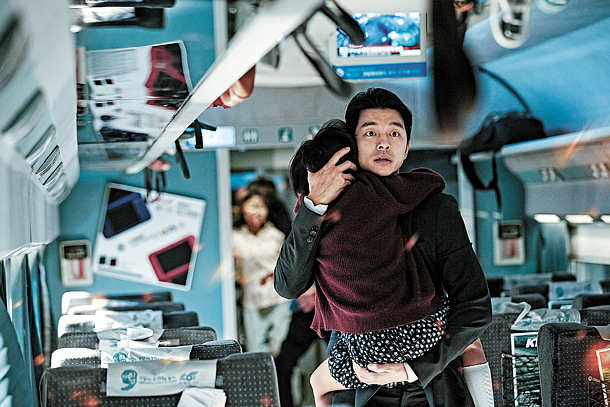 Korea is one of the world’s largest film markets, but with a population of just 50 million, it’s still tough for a domestic film to sell more than 10 million tickets here.

The first half of the 2016 was quiet, but on Aug. 7, zombie blockbuster “Train to Busan” became the 14th Korean release to hit the 10-million mark.

Here’s an in-depth look at the history of Korean films from “Silmido” (2003), the first so-called 10-million film, to the most recent.

Ways to make a hit

“Train to Busan” is an unapologetically entertaining ride, but according to film critic Kang Yu-jeong, the movie’s success had just as much to do with the social critiques it contained.

The film depicts a group of people fighting to survive an outbreak of an unknown virus that turns the infected into zombies, and as they head down to the port city of Busan - thought to be the last zombie-free place on the peninsula - their extreme and selfish sides become apparent. Through the story, director Yeon Sang-ho constantly poses questions that force the audience to look inward, asking themselves what they would do in the circumstances.

“Humans are portrayed much more terrifying than zombies in this film,” Kang said, “and audiences can relate to that because it’s getting tougher for them to live [due to prevalent greed and selfishness].”

Most of the films that have sold more than 10 million tickets have been critical of modern society.

“The Host” (2006) satirizes the incompetency of the government by featuring a Frankenstein-like creature that dwells in the Han River and “Veteran” (2015) excoriates chaebol families. “The Attorney” (2013), meanwhile, questions the meaning of democracy through its protagonist, who is based on a real person.

While most of the bestselling films offer an outlet for people’s insecurities and deeply felt dissatisfactions with the world around them, social issues aren’t enough to guarantee a hit - spectacular visuals are also a must.

Another common thread is a focus on the family.

“Stories of people who are willing to do anything for their families attracted middle-aged audiences to theaters, too,” said Kang.

Once a film starts to gather an audience, things snowball on the internet and social media. By going viral, a film intrigues people who weren’t inherently interested in it because they don’t want to be left out of conversations with friends or acquaintances.

But there have also been an increasing number of 10-million films in recent years, and this has to do with growth in the country’s film market.

“The market has grown substantially in both the number of screens and sales over the past decade,” said Choi Ji-seon, who works on the public relations team at the Korean Film Council, which works to support the local film industry.

“Unlike in the past, we have up to four films that sell more than 10 million tickets every year,” Choi added.

Putting that into perspective, it took nearly two months for the 2003 hit “Silmido” to sell 10 million tickets, while “Train to Busan” hit the mark in 19 days. This was, in large part, because there were only 325 screens nationwide when “Silmido” was released. These days, there are 2,300 screens.

All the success would seem to be a good thing for the Korean movie industry, but recent 10-million films are not without their detractors.

Critics say that the films’ ticket sales are mostly due to the aggressive marketing of major film distributors such as CJ Entertainment, which flood certain tentpole films across more than 1,000 screens when they’re released.

For instance, “Roaring Currents” (2014), the highest-grossing film in Korean history, played on 1,600 screens. Many filmgoers had no choice but to watch it when they visited branches of CJ CGV, the nation’s largest theater chain, because it was the only thing playing. The film was distributed by CJ Entertainment, which is affiliated with CJ CGV, and eventually sold 17 million tickets.

“Train to Busan” played on 1,786 screens starting July 23, its first week of release. The film accounted for 57.7 percent of ticket sales that week. Unsurprisingly, the distributor of “Train to Busan” is NEW, one of the biggest players in Korea.

CJ CGV, however, has its side of the story.

“They say we play the game by monopolizing the screens but we try to be transparent when we choose the list of films to screen by having a committee that decides what will be shown,” said Seo Jung, the CEO of CJ CGV during a media event in June at the Yeouido CJ CGV, located in Yeongdeungpo District, western Seoul.

“Since there are many other kinds of entertainment that can replace films, there’s no middle ground in the market - a film is either a huge success or a flop, and that really depends on its content.”

Diversity is another key

Other industry insiders agree with Seo that a film can’t become a hit based on marketing alone, and often needs to have a fresh concept.

“Today’s audiences are ready to enjoy a wide range of films that they didn’t have a chance to watch in the past,” said film critic Kim Hyung-seok said.

“Train to Busan” was the country’s first big-budget domestic zombie movie, while “The Thieves” (2012), with its 12 million tickets sold, was a distinctly Korean caper. “Haeundae” (2009), on the other hand, was the nation’s first large-scale disaster movie, and sold 11 million tickets as a result.