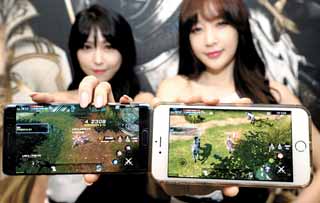 Netmarble Games announced plans to launch the mobile version of NCSoft’s popular massive multiplayer role playing game (MMORPG) Lineage II: Revolution on Thursday. The company said it began accepting preorders Thursday and will run a test version in September before going into full service in October. The game’s global version will be available next year in major markets such as China and Japan. China’s Tencent will be in charge of publishing.

The mobile version of the game is the first collaboration between NCSoft and Netmarble, the country’s No. 1 mobile game developer, since they swapped shares in 2015.