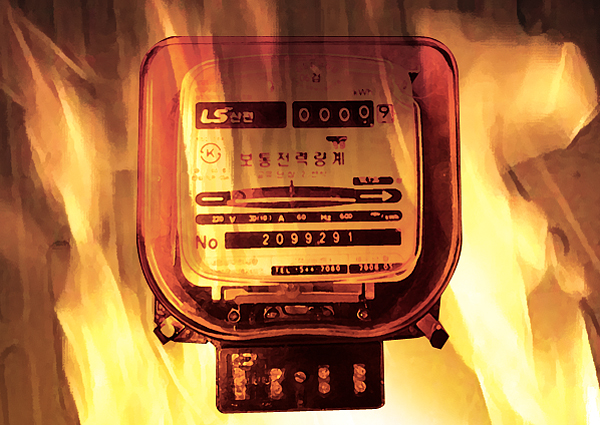 South Korea has been a scorcher with the mercury hovering above 35 degrees Celsius (95 degrees Fahrenheit) for weeks. Seoul has never sizzled so much in more than two decades. People have become beat and listless from the unprecedentedly lengthy sultry summer. There have been 1,336 hospital patients from the heat and the death toll is at 11. The government cut July-September electricity bills, which will be of little relief.

The heat wave isn’t restricted to Korea. The globe is boiling hot. Heat reached new records in the Middle East with the temperature above 50 degrees in Iraq, the hottest outside the Death Valley in California. The World Meteorological Organization warned that this year would be the hottest on record with global temperatures averaging 1.3 degrees Celsius warmer than pre-industrial levels in the first six months of the year. Warming in the Korean peninsula is more severe, warming at 1.5 times faster than the global average. Sizzling heat is becoming common as the result of global warming.

Climate dominates human lives from economic to social activities. Developed economies consider climate changes as part of social welfare, as they affect the everyday lives of the masses. The World Economic Forum in Davos, Switzerland, in January warned that climate change could be the biggest danger this year and advised government action. But the Korean government has kept to business-as-usual. It ridiculously blamed charcoal-grilling of fish as being the culprit of worsened air and advised the people to keep air-conditioners on for just three hours a day to help save power. We wonder if the government has any concept of climate welfare.

If it does, it must come up with measures that can convince and ease discomfort for the people. The government must rationalize the outdated progressive residential electricity billing system that was institutionalized during the oil crisis in 1970s.

It must include heat waves in the Natural Disaster and Safety Control Act that requires action as in the event of damaging typhoons, flood, drought, and earthquake. It must marshal the country well according to the timetable for the state agenda on climate changes that must go full effect by 2020. Reliance on fossil fuels must be lowered and replaced by renewable energy to meet the country’s commitment to cut greenhouse gas 37 percent by 2030. The country can only fight challenges from climate changes through systematic long-term climate welfare policy.