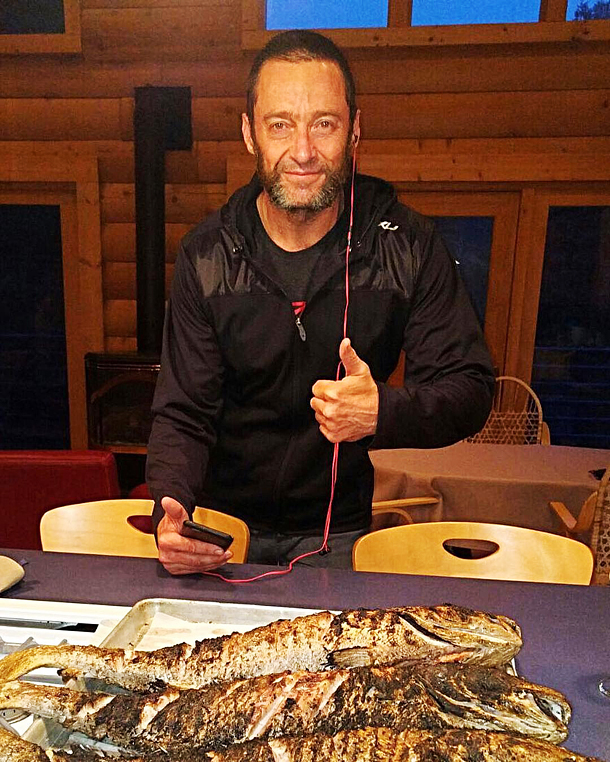 Hugh Jackman is getting a taste of the attention focusing on his appearance that’s normally reserved for female celebrities.

The Australian actor posted a picture on Instagram this week giving a thumbs-up to a tray of cooked fish. Some commenters said he looked dramatically aged in the photo. Others speculated he was wearing makeup for an upcoming Wolverine film.

Jackman said last year that the coming Wolverine film, his seventh time in the role, would be his last.

Patrick Stewart will reprise his role as Charles Xavier or Professor X for the movie set for release next year. He teasingly said in an interview with ITV this week that he would be playing a “very different Charles Xavier” in the film.