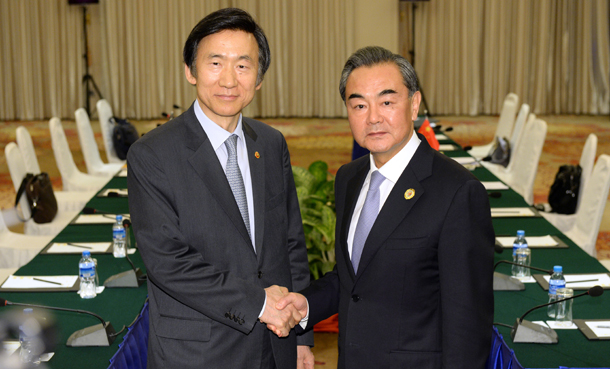 In September 2012, the Japanese government purchased the disputed islands of Senkaku. China-Japan relations froze and Chinese tourists stopped visiting Japan. Were Chinese people so patriotic that they voluntarily refrained from visiting Japan? My question was answered by a source familiar with the situation. One day, a high-level government official quietly called in the owners of tour operators. The attendees could enter the meeting only after they checked in their mobile phones and all writing instruments. At the meeting, they received an oral directive to stop all group tours to Japan. There had been no government announcement or media report. This is how China works, then and now.

In January 2016, Tsai Ing-wen of the Democratic Progressive Party, which supports Taiwan’s independence, won the Taiwanese presidential election. After the election, China mobilized all channels to pressure Tsai to acknowledge the One China policy, or the 1992 Consensus. I remember the Taiwanese television news on May 20, the day of Tsai’s inauguration. The inspection on the fisheries products exported to China — such as turtle eggs and rock trout — were tightened, and the order volume was rapidly decreasing. Pineapple and other agricultural goods experienced similar obstacles. It is the “Chinese style” to use fish and fruits to pressure Taiwan.

The aforementioned two cases help us understand what we are experiencing today. A large-scale fan meeting of a Korean star was sold out, but it was canceled only three days before the event. Concerts and appearances are canceled. The Chinese Embassy tightened the screening process for the business multiple visa and nearly ended issuance. There were reports of harmful substances in Korean cosmetics, which were extremely popular in China, and customs inspections have tightened. China never explains exactly what is going on, but we can feel that retaliations for the Terminal High Altitude Area Defense (Thaad) deployment have begun. While the Korean Embassy in China tried to figure it out, they’ve only found out that there has been no official directive. There have been no orders for economic retaliation, and most events related to Korean stars are being held as planned, the embassy explained. But their understanding is quite different from the sense of crisis and confusion that people feel in the field.

The latest events may only be the beginning. I don’t mean to say we should fear China’s revenge and give up Thaad, but we need to prepare for things that are coming. An official at the Korean embassy in China doubted whether such a big country would seek revenge in such dirty ways, but we don’t want to get hurt without even knowing the reason.