Cha paints exotic scenes with flowers: ‘I’ll do my best to make the garden all the more relaxing, a place where visitors can rest easy, with the blue sea in the distance.’

Cha paints exotic scenes with flowers: ‘I’ll do my best to make the garden all the more relaxing, a place where visitors can rest easy, with the blue sea in the distance.’ 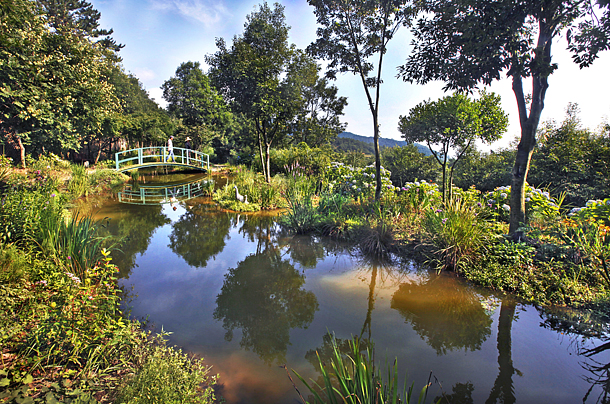 Namhae County in South Gyeongsang is known as the “Treasure Island of the South Sea of Korea” thanks to its historic sites and beautiful scenery, including a garden of stunning landscapes, inspired by foreign settings and painted in living color.

The county is associated with Hallyeo Haesang National Park and is composed of two islands, Namhae Island and Changseon Island. While it’s only one-fifth the size of Jeju Island, the county’s undulating coastline is 1.2 times longer than Jeju’s, and along that winding coast lies a German village, built for the descendants of miners and nurses who moved to Germany in the 1960s and eventually became German citizens.

Not far from this lies Gacheon Darangee Village, which was listed on the CNN travel site in 2012 as one of the 50 most beautiful places to visit in Korea. The village features a breathtaking 108 levels of terraced rice paddies carved into the steep mountain slopes that encircle the village, as well as an English cottage garden.

And yet, despite its Elizabethan flavor, the garden, located on Mount Godong, retains the charm of its traditional Korean landscape, too.

Seomi Garden has become representative of Namhae County ever since it was first opened to the public in June. The man behind the scenes, Cha Myung-ho, has tended the garden entirely by himself for almost a decade now. 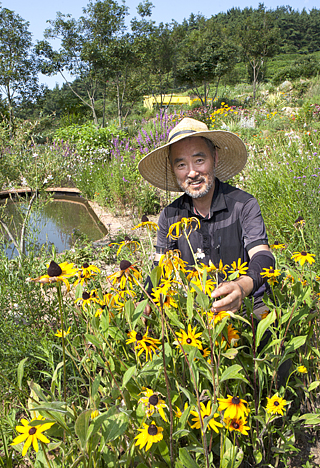 Cha Myung-ho has tended the garden by himself for almost 10 years.

Cha was originally born in Seoul and initially had no relationship with Namhae. He fell in love with gardening after he moved to a new house in Heyri Art Valley in Paju, Gyeonggi. There, he had his own garden for the first time in his life and he became determined to become a proper gardener. While living there, he learned much about the practice and slowly improved over time.

In March 2006, he moved to Jeju, but the island was not what he had hoped it would be. It was too windy, desolate and cold to garden well. Disappointed, Cha gave up and moved back to the mainland. That was when he happened to pass through Namhae County, and the experience changed his life. Ever since, he has dedicated his life to Seomi Garden.

Hoping to learn more about gardening, Cha went to Hantaek Botanical Garden in Gyeonggi and worked as a laborer for six months. Then he visited Great Britain, Germany and the Netherlands to look at and learn from European gardens.

It took him almost two years to prepare, but in 2009, he began his work in the rice paddies of Namhae planting trees and flowers.

With patience, the 15,000 square-meter (3.7-acre) plot of land began to transform as he eventually planted more than 30 kinds of trees, such as crape myrtle, Chinese evergreen oaks and silver magnolias, among others.

To this, he added 200 kinds of flowers including Echinacea, coneflowers, black and blue sage and myrtle flowers.

Cha also worked to make the garden more entertaining by creating different themes in different places such as a spring garden, a labyrinthine hide-and-seek garden and a fish garden decorated with Photinia trees, as well as others.

For the spring garden, Cha referred to photos of the Amazon taken by Yann Arthus-Bertrand, a famous aerial photographer. As a result, some of the garden’s passages resemble Amazonian waterways.

From the Amazonian jungle, visitors can then stroll over to France, as the terraced garden, which features eight ponds and a wooden bridge, seems to remind visitors of Claude Monet’s Water Lilies series, painted at his home in Giverny. 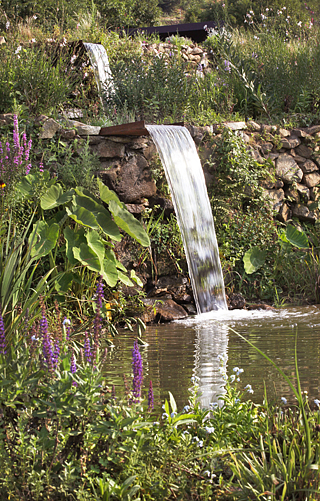 There are several mini-waterfalls in the garden.

But tending to such diverse beauty is no easy task. If it rains too much, for example, the gardens may be flooded and ruined.

But Cha has learned by trial and error how to maintain a healthy environment, no matter the weather conditions. Part of what inspires him to work so hard is his hope that perhaps one day, gardening culture will expand nationwide.

“If the liaison between nearby Suncheon Bay National Garden and House N Garden village [in Namhae] with Seomi Garden is possible, then we could create a two or three-day tour program,” Cha said. “It would certainly create synergy.”

When Cha saw the gardens in Europe, he said, he wanted to stay there as long as possible, relaxing and healing his tired spirit.

It has therefore become his life’s goal to provide that kind of rest and beauty to visitors here in his own country.v“I’ll do my best to make the garden all the more relaxing,” he said, “where visitors can rest easy, with the blue sea in the distance.”