In TVs, China is the new kid on the block

In TVs, China is the new kid on the block 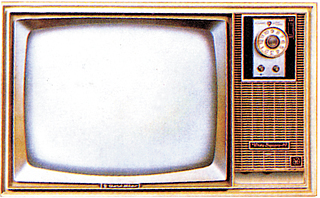 In 1966, GoldStar, the predecessor of LG Electronics, released Korea’s first television, the VD-191, modeled after a set by Japan’s Hitachi. Six years later, Samsung Electronics followed suit, jumping into the television market through a partnership with Japan’s Sanyo, and in 1974, Anam Electronics launched the country’s first color TV, using technology from Mitsubishi.

By the mid-2000s, the student had outpaced the teacher, and Korean companies began to dominate the television market previously led by Japanese manufacturers. Samsung Electronics overtook Sony in the third quarter of 2006 to become the world’s No. 1 TV maker, selling three million units that year alone.

But now, the tables have turned, and Chinese manufacturers are catching up to the Korean companies that have been on top for about a decade.

According to a study by industry research firm IHS in May, the market share held by Chinese TV makers in the first quarter this year was 31.4 percent. That’s only 2.8 percentage points lower than the combined market share of Korean companies including Samsung and LG, at 34.2 percent.

“By next year, Chinese manufacturers by volume will outpace Korean companies for certain,” said an industry official who requested anonymity.

“The TV industry’s technology competition is a miniature version of the competition in the global manufacturing industry,” said Lee Chang-hee, a professor of electrical engineering and computer science at Seoul National University. “The next 50 years will depend on how much lead in technology we will have against China.”

Indeed, when Korean companies outpaced Japanese manufacturers in the mid-2000s, it was their technological capability to develop flat-screen televisions that was the biggest contributor to their success.

Korean companies in the early 1990s invested heavily in developing liquid crystal display panels while Japanese rivals like Sony were still fixated on traditional cathode ray tube televisions. Other manufacturers like Panasonic were focused on plasma display panels, which turned out to be a misstep, and Sharp was pushed out of the market when it was unable to apply its advanced technology to more consumer-friendly products.

Samsung shot up to the No. 1 spot in 2006, and three years later, LG became No. 2. Japanese companies have yet to recover from their lost market dominance.

It is a cautionary tale for Korean companies that are now facing a similar threat from Chinese competitors. Up until 2014, the global market share by Chinese television manufacturers was only 21.8 percent. Last year in the first half, that number was at 27.5 percent, and by the end of the year, it had jumped to 31.4 percent.

“The Chinese companies copied the Korean companies’ secrets to success, which include bold technology investment and price competition that tolerates even short-term loss,” said Souk Jun-hyung, a professor of convergence electronic engineering at Hanyang University.

Market experts say the way for Korean companies to survive and solidify their current position in the global market is to raise their competitiveness in the premium TV market and focus on next-generation panels such as organic light-emitting diode (OLED) displays.

Samsung plans to widen its lead against Chinese makers with its quantum-dot SUHD TV, while LG has been focusing on OLED TVs.

During the Consumer Electronics Show in Las Vegas earlier this year, LG Display introduced a paper-thin 55-inch OLED TV as well as a futuristic feature where the display when turned off appears transparent but when turned on is filled with images.

“In the smartphone market, the rate at which Chinese companies are catching up is threatening,” said Jang Jin, a professor of advanced display research at Kyung Hee University. “But [Korean companies] have been able to lead the market with advanced technologies such as iris recognition and curved-edge displays.

“They can secure the lead in the global TV market by widening the technology gap [against rivals like China] in the premium market.”